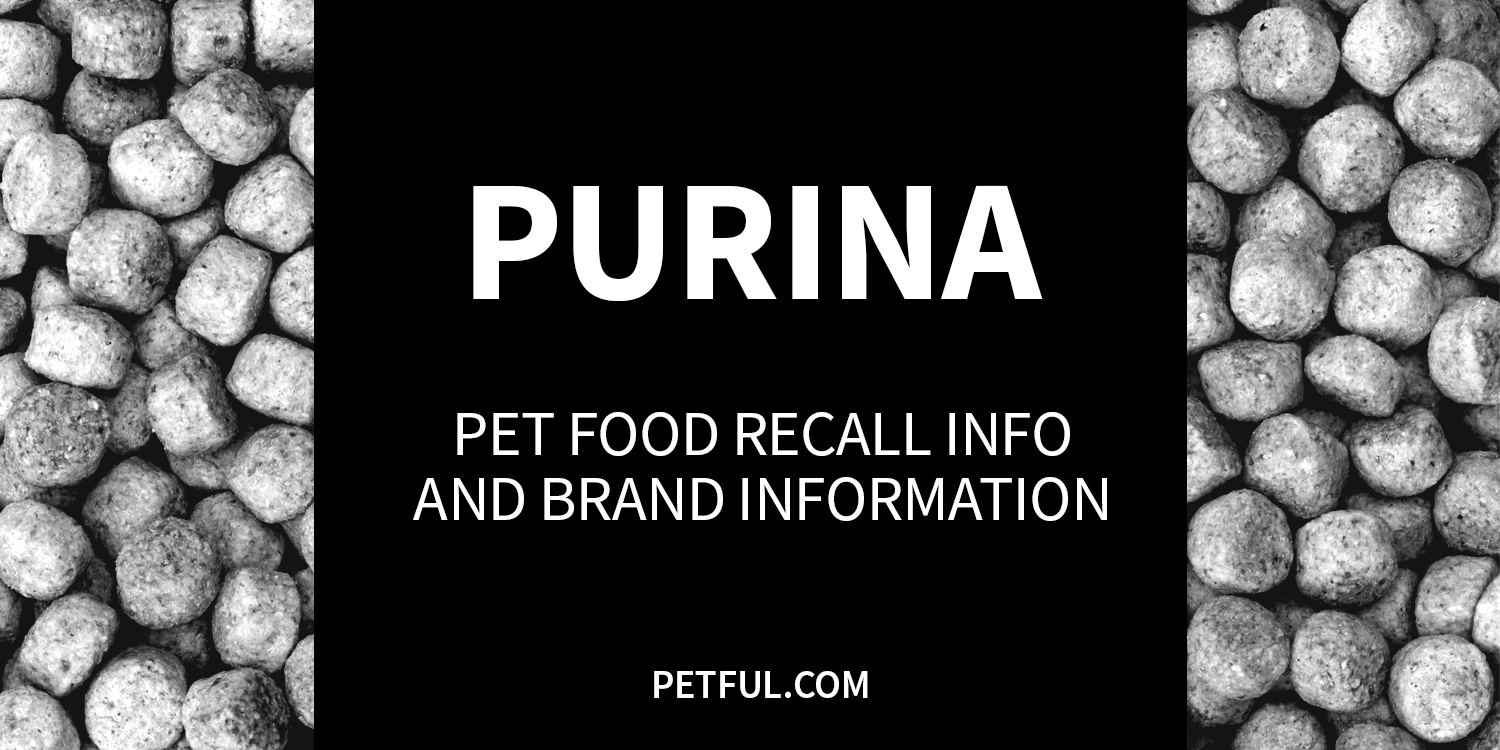 In 1893, Ralston Purina started the journey that would lead him through various aspects of sales — from farm animal feed to batteries to cereal. Purina named his company with a label he hoped would come to represent the purity of the food he manufactured for animals of all shapes and sizes.

In 2001, Purina merged with a Nestlé subsidiary, and the Nestlé Purina PetCare Company was founded. Nestlé has continued the fight for purity by advertising its intent to stop false advertising in relation to pet food and what it contains.

Has Purina Ever Been Recalled?

Yes. In December 2022, some cans of Purina Pro Plan Veterinary Diets EN Gastroenteric Low Fat (PPVD EN Low Fat) prescription wet dog food were sold to consumers but were actually a different Purina dog food that had been mislabeled. The company says the mislabeled food was safe to eat but recommended throwing them away. Full details of that recall appear below, but first we list a few more Purina recalls from over the years…

In late March 2019, the company issued a limited recall of one of its Muse cat food varieties.

Also, in March 2016, a few varieties of Pro Plan wet dog food sold in tubs were recalled because of inadequate vitamin/mineral levels. Also, in summer 2013, Purina voluntarily recalled a batch of Purina ONE dog food for suspected salmonella contamination.

A year earlier, a single lot of Purina Veterinary Diets OM Overweight Management Feline Formula was recalled because of levels of thiamine that were deemed to be too low.

For full details about all of these recalls, please see the list below.

Pre-2004 Recalls: Purina pet foods have been around a very long time, so there certainly have been earlier recalls, which are not listed below. For example, our research turned up a 1978 recall of Purina Cat Chow because of possible contamination with PCBs — a nasty cancer-causing chemical. We also found a 1983 recall of 150 cans of cat food that Ralston Purina Co. had mistakenly labeled “Chicken of the Sea,” which consumers (and probably grocery store employees) naturally mistook for cans of tuna for people. Although those historic recalls are fascinating, this website tracks only the recall events that have taken place since about 2005.

Other Brand Lines: Purina is just one of the many pet food lines produced by Nestlé Purina PetCare Company. Others include Mighty Dog, Alpo, Friskies, Beneful and Deli-Cat.

Cause: Inadequate vitamins and minerals. Announcement: Company news release dated March 10, 2016. What was recalled: The following with both a “Best Before” date range of June 2017 to August 2017 and production code range starting with the first 4 digits of 5363 to 6054:

Cause: Possible salmonella risk. Announcement: FDA report dated Aug. 30, 2013. What was recalled: Purina ONE beyOnd Our White Meat Chicken & Whole Barley Recipe Adult Dry Dog Food, 3.5 lb. bags with BOTH a “Best by” date of October 2014 and Production Code #31071083.

Have You Had a Problem With Purina?