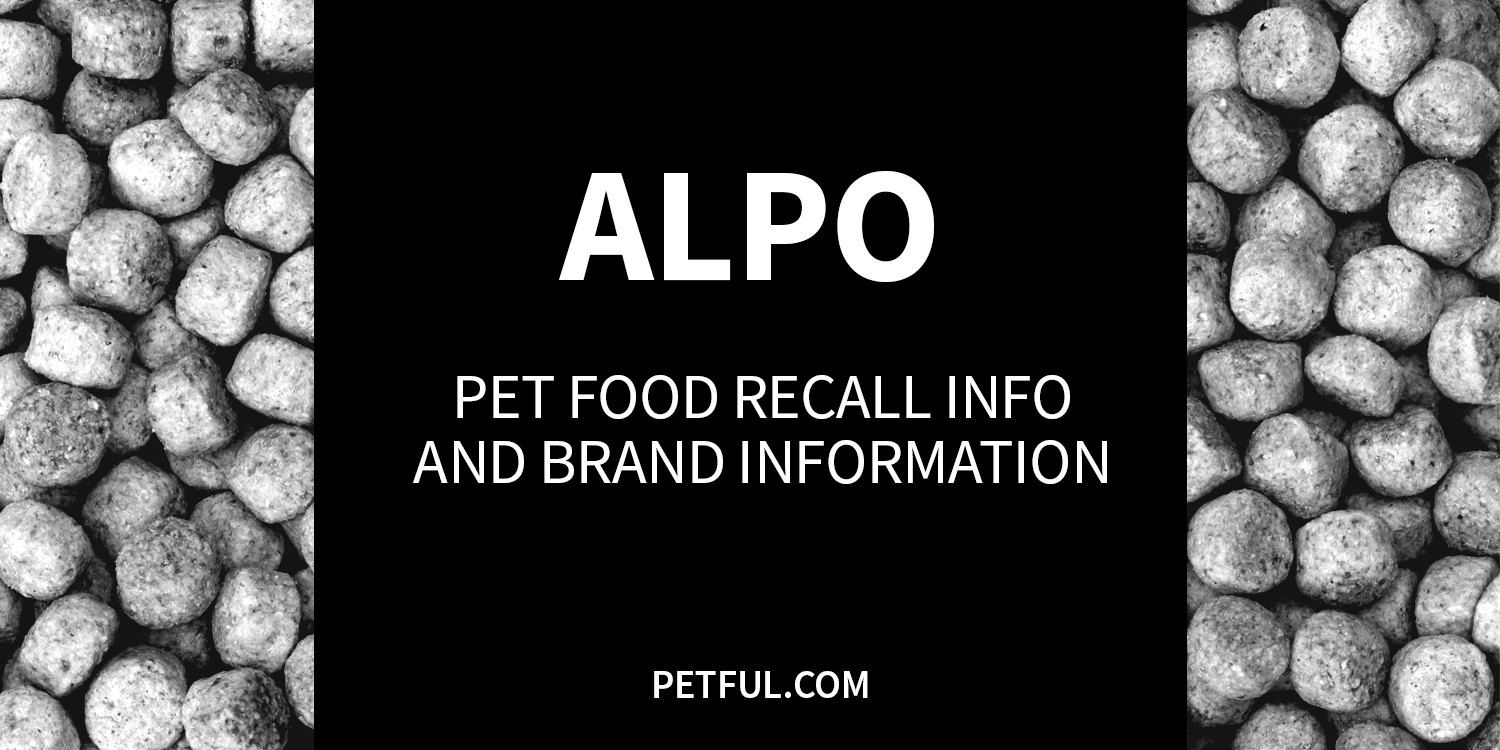 If you’re old enough, you might remember TV commercials where actor Lorne Greene would hold up a can of dog food and claim it was so good, he’d feed it to his own dogs. You may also remember the cartoon cat Garfield making an appearance in several commercials. Alpo was that brand.

Alpo was founded in 1936 by Robert F. Hunsicker and has since been acquired by Nestlé Purina PetCare. It is a budget line of pet food.

Below, we share more information about the long history of Alpo — including up-to-date recall information.

The Allen Products Company Inc. had its humble beginnings in Robert F. Hunsicker’s garage in 1936, just a year after Hunsicker graduated college with an engineering degree. The Alpo name was a shortened form of “Allen Products.”

The company sold $7,000 worth of canned dog food in its first year. The customer list began expanding to kennels and veterinarians in Eastern Pennsylvania, and took off from there.

In 1964, Liggett & Myers Tobacco Company bought Allen Products for $12 million. However, Allen Products/Alpo continued to operate as an independent subsidiary of the tobacco company.

At the time of Hunsicker’s retirement in 1969, his company had become the largest manufacturer of all-meat pet foods in the United States.

For years, Alpo had marketed itself as having 100% meat ingredients.

But in the early 1970s, veterinarians began raising alarm bells. An all-meat diet, they said, was far from “complete” or “balanced” — it could actually be harmful to pets.

A study published in the Journal of the American Veterinary Medical Association (JAVMA) in 1971 found that puppies fed an all-meat diet experienced a syndrome characterized by loose stools, pain, lameness, behavioral changes, loss of appetite and even death. However, the pet food used in the study had not been fortified with vitamins and minerals, unlike most commercial pet foods.

Even so, “veterinarians are treating an increasing number of dogs for nutritional deficiencies resulting from the consumption of so-called all-meat products [because] so many dog owners have been led to believe that meat alone is suitable as a diet for dogs,” according to an editorial published in 1970 in JAVMA.

Allen Products, maker of Alpo, and its competitor Ralston Purina maintained, however, that their foods were completely safe.

As part of an investigation into advertising claims, the U.S. Federal Trade Commission (FTC) in 1976 claimed that Alpo was fully “aware of reports indicating there was some question whether an all-meat diet was truly beneficial” and that it knew an “all-meat formulation may, in fact, have been harmful to some dogs.” And yet, the FTC said, Alpo had continued to direct millions of dollars — “its entire [marketing] effort” — toward “creating a belief that Alpo was good for dogs.”

Alpo began to phase out its all-meat-ingredients dog food. Instead of “100% Meat,” consumers began to see phrases like “Beef Flavored Dinner” on packages and cans.

Grand Metropolitan PLC of Britain acquired Alpo Petfoods Inc. in 1980 and operated it as a subsidiary of its Pillsbury Company division.

Pillsbury would later find that Alpo was not a strategic fit with its consumer foods portfolio, which included Pillsbury baked goods and other brands like Green Giant, Haagen-Dazs and Totino’s pizza.

That’s why it wasn’t too much of a surprise when Grand Met announced a $510 million deal in 1994 to sell the Alpo unit. The buyer this time was Swiss food conglomerate Nestlé SA, which meant Alpo would soon become integrated into Friskies Petcare of Glendale, California, a division of Nestlé SA.

“Alpo is one of the most recognized consumer brands of dog food in the USA and will enhance Friskies’ presence in the dog food category,” explained Joe Weller, then-CEO of Nestlé USA.

For a time, there was even a “Friskies Alpo” cat food. But now Friskies is a cat-exclusive brand, and Alpo is exclusively a dog food.

In 2001 came more change, when Friskies Petcare was combined with Ralston Purina Company in an $11 billion deal.

The resulting company was called Nestlé Purina PetCare, and it married the Friskies and Alpo brands with the Purina line of Dog Chow, Cat Chow and Pro Plan pet foods.

Nestlé Purina PetCare has its North American headquarters in St. Louis, Missouri, where Ralston Purina was founded (as Purina Mills) in 1894.

In 2020, Nestlé Purina PetCare was the No. 2 pet food company in the world, with nearly $14 billion in annual revenue, according to data provided by Pet Food Industry.

Alpo has long carved out a niche as an economical, no-nonsense dog food.

Even today, as consumer preferences have continued to navigate toward higher-quality, premium pet foods, Alpo insists on producing a simple, meaty product.

“Dogs don’t yearn for things like quinoa or gluten-free flaxseed, or anything remotely complicated for that matter,” is how Alpo’s website puts this philosophy. “Alpo isn’t fooled by … overcomplicated, flash-in-the-pan trends.”

Alpo touts its dog food as being the “motherload of meatiness,” and, sure, some varieties of Alpo may indeed be “made with real beef” — but the ingredients list on the packaging reveals a more complete picture. For example, there is far more water, meat byproducts and poultry than there is beef in a can of Alpo Prime Classics With Beef or in a pack of Alpo Gravy Cravers With Beef.

Has Alpo Ever Been Recalled?

Yes, there has been at least one Alpo dog food recall — but it was a number of years ago.

In March 2007, as part of the larger Menu Foods/melamine recall that shocked the country, all sizes and varieties of certain dates of Alpo Prime Cuts canned dog food were recalled because of potential melamine contamination.

In all, more than 400,000 cases of Alpo were removed from the market during that 2007 recall — full details of which appear immediately below. Our research team has uncovered no more recent recalls of Alpo dog food.

Have You Had a Problem With Alpo?