Here we go again. Two more popular dog and cat food brands are being sued by pet parents claiming they were misled and deceived.

A pair of new pet food lawsuits have cropped up in recent weeks, and they are just the latest in what appears to be a growing trend of U.S. consumers taking the battle over pet food safety into the courtroom.

This time, the foods under the gun are Rachael Ray Nutrish dog food and Solid Gold cat food.

Parks claims that independent testing of dog food he purchased found glyphosate — a chemical normally found in weed killers such as Roundup.

The $5 million lawsuit goes on to state, “The products at issue are not ‘natural.’ Instead, the products contain the unnatural chemical glyphosate, a potent biocide and endocrine disruptor, with detrimental health effects that are still becoming known.”

According to Dogs Naturally magazine, glyphosate is actually a common “hidden” pet food ingredient. In a 2015 study, researchers Anthony Samsel and Stephanie Seneff tested 9 popular brands of dog and cat food — and every single one of them came back with “significant” levels of glyphosate.

“We suspect that glyphosate may be a causal agent related to the rise of pet cancers,” the researchers wrote.

“We are in the process of reviewing the details of the claim but strongly stand behind the quality of our products, ingredients and sourcing practices,” Bobby Modi, Smucker vice president for pet food and snacks, said in a statement. “As animal lovers and humans, it goes without saying that we do not add pesticides to our products as an ingredient. We plan to aggressively fight these claims.”

The U.S. Environmental Protection Agency considers glyphosate to be of minimal risk to humans, with slightly higher toxicity impacts to wildlife.

Parks’ suit rests on the fact that Nutrish is marketed as a natural food yet allegedly failed to disclose the presence of a chemical on the packaging, and that “no reasonable consumer, seeing these ‘Natural’ representations, would expect that the Products contain unnatural chemicals.”

In addition, the suit claims:

“Defendants engaged in deceptive, misleading and false Marketing practices by expressly representing the Contaminated Cat Foods as possessing the Quality Claims despite the presence of BPA and Heavy Metals.…”

Third-party testing, according to the lawsuit, has revealed the presence of metals such as arsenic, cadmium, mercury and lead in the cat food. However, research by Petful found that the levels all appear to be below the “maximum tolerable limits” generally recognized by authorities.

The testing also found bisphenol A (BPA), a controversial industrial chemical, in some of the Solid Gold cat foods.

The highest amount of BPA among the foods tested was 169.7 μg/kg, found in Solid Gold Grain Free High Protein With Chicken. But even this would still be within the range of BPA that has been found in pet foods in the past.

Solid Gold has been quiet — as this article was being written, there was no mention of the suit on the company’s social media pages or website. There has also been little news coverage of this suit, unlike the Nutrish suit.

On its website, the company discusses its safety protocols, stating, “Solid Gold oversees the manufacturing process of products from partnering with qualified ingredient suppliers, to receipt of high quality ingredients, recipe blending, and lab testing samples from each batch that is produced.”

“We operate a ‘positive release’ program with all our foods,” the company adds. “When a batch of food is made, samples are taken from the batch and sent to a lab for various analyses, including testing for pathogens, such as salmonella. Only when the results arrive and are approved is the food released to our warehouse for distribution.”

Ingredients “Should Be Declared,” Says FDA

In both cases, the plaintiffs contend that the pet food companies are — at best — using false or deceptive marketing practices by deliberately leaving ingredients with negative connotations off their packaging.

We reached out to the Food and Drug Administration (FDA), and Anne Norris, a health communications specialist, told me, “The agency is unable to comment on pending litigation. However, speaking generally, if a product contains an ingredient, it should be declared in the ingredient list.”

She added: “Contaminants are almost never added to food intentionally, so they are unlikely to be included in an ingredient list. However, even if a firm knew about the contaminant and included it in the ingredient list, it would still be in violation of FDA regulations if the contaminant is present in a quantity sufficient to potentially pose harm to pets or humans.”

The Rise in Consumer Lawsuits

As we’ve reported before when the maker of Orijen and Acana pet foods was sued earlier this summer, these types of lawsuits appear to be the consumer weapon of choice these days when faced with a federal safety agency — the FDA — that is often seen as far too slow to respond to potential pet food safety problems.

Let’s just quickly run down the list of some of the lawsuits that are active right now:

Remember this: Lawsuits are just a collection of unproven allegations.

“Unlike recalls, lawsuits are based on complaints and accusations only,” says Mike Sagman, managing editor of Dog Food Advisor. “If you’ll Google the name of almost any major brand, you’ll likely find hundreds of complaints, claims and lawsuits for many of their products.”

Before you jump to conclusions, take some time to do a little digging of your own: 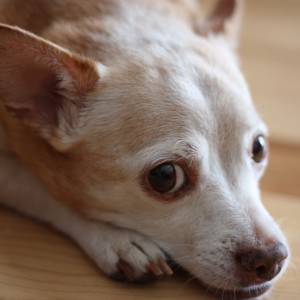 Top 10 Foods That Can Harm Your Pet 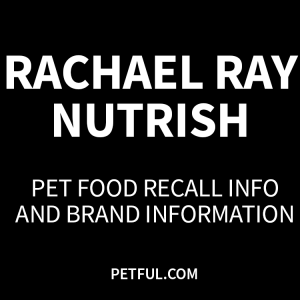 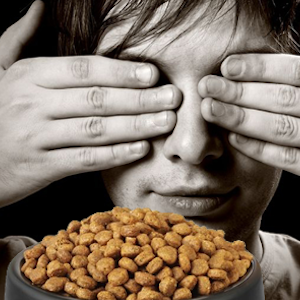 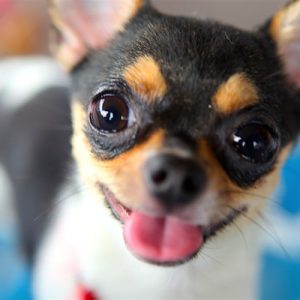 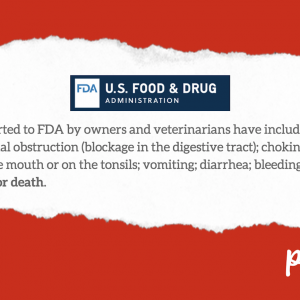 FDA Fires Off a Warning on Popular Treats