Yesterday, I experienced human nature at its best — and worst.

During afternoon surgery, a message came through from reception: A pet rabbit was on the way in as an emergency. The rabbit was having seizures.

The client arrived not in a car, but on a bicycle.

This young girl had pedaled to the clinic, the rabbit tenderly wrapped in a blanket, balanced in the shopping basket on the handlebars. She was just 14 … and alone.

And where were her parents? They were at home and had refused to help because, as they said, “It’s just a rabbit.”

Flushed and tearful, the girl cradled her sick rabbit.

He was very ill and only semi-conscious. He had a thick white discharge from his nose, was struggling to breathe and was thin.

It turned out his young friend was a dedicated nurse to this rabbit: syringe-feeding him moistened kibble, cleaning his nose and keeping him warm.

I suspected a bacterial infection, common in rabbits, called Pasteurella. What the rabbit needed was veterinary attention and antibiotics, but the girl’s parents had refused to help.

He had an advanced infection with secondary pneumonia. Sadly, this poor bunny was past the point of no return, and the kindest thing was to end his suffering through euthanasia.

His dedicated young friend took the news well and was incredibly brave.

She cried, but out of relief that he was now at peace. Then she got back on her bike to cycle home. Alone.

Pasteurella in rabbits is very common.

It’s a bacteria that many kits pick up from their mother at birth. It’s one of those things that can live peaceably with the rabbit:

Like an unwelcome houseguest, the bacteria does its own thing, generally making itself at home in the nose, sinuses and ears, or even joints and skin.

In a vicious circle, this further weakens the rabbit’s immune system. Secondary problems, such as pneumonia or meningitis, then set in.

The resulting infection, if running unchecked, can spread through all the body systems and eventually cause death.

Symptoms of Pasteurella in Rabbits

One of the commonest signs of Pasteurella in rabbits is the snuffles.

Pasteurella’s preferred site is the nose and nasal sinuses, resulting in sneezing and white discharge from the nose.

A snotty nose might not sound like much, but it is to a rabbit. This is because rabbits are “obligate nasal breathers,” meaning they can breathe only through their nose and not their mouth.

Think of the last time you had a cold with a bunged-up nose. How unpleasant was that? And we’re able to breathe through our mouths.

Think of having that same cold but with your mouth taped closed.

Not nice — not nice at all.

Treatment for Pasteurella in Rabbits

Pasteurella is a bacteria, so antibiotics can help.

But this isn’t always straightforward because antibiotics and rabbits don’t mix well (rabbits easily get upset tummies). Plus, it can be difficult to totally get rid of the Pasteurella.

The Outlook for Pasteurella in Rabbits

When the infection is caught early and the rabbits are given appropriate care, many rabbits do OK.

However, it’s a sad fact that often the infection is far progressed by the time the sick rabbits make it to the vet. They then need long courses of treatment and may not do so well.

Learn more about snuffles and Pastuerella in rabbits in this quick video:

It’s likely I couldn’t have saved the rabbit yesterday, but the girl’s parents should have been there to support her.

Instead of the veterinarian’s arm around her, it should have been a mother’s or a father’s.

But my bruised faith in human nature was soothed a short time later. The girl had been gone around 10 minutes when her neighbor turned up.

He’d seen her set off on the outward journey and thought it odd. He’d spoken to the parents, pieced together the sad story, and come in search to try and help.

He arrived too late, but at least someone cared enough to understand she shouldn’t have had to face the loss of a beloved pet alone.

This pet health content was written by a veterinarian, Dr. Pippa Elliott, BVMS, MRCVS. It was last reviewed July 27, 2018.
If you have questions or concerns, call your vet, who is best equipped to ensure the health and well-being of your pet. This article is for informational purposes only and is not a substitute for professional medical advice, diagnosis or treatment. See additional information. 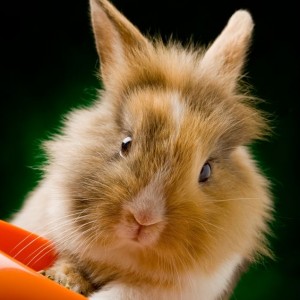 Caring for a Pet Rabbit: An Expert Guide 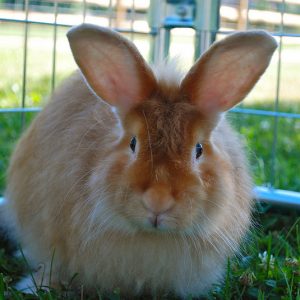 Why Buying Your Kid a Rabbit Is a Bad Idea 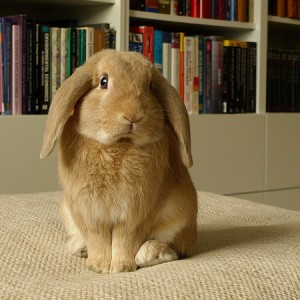 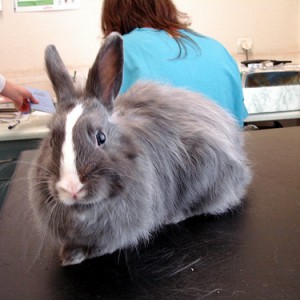 I Brought a Dead Bunny Back to Life After 4 Minutes 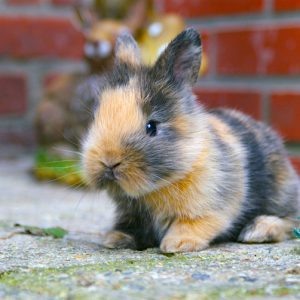 Keeping Your Exotic Pet Safe Outside 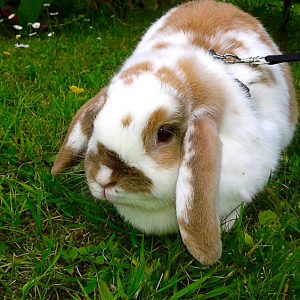 How to Walk Your Rabbit on a Leash