Dogs definitely dream. Most people have observed their dog twitching, doing a tiny paddling motion or quietly vocalizing during sleep. This is common.

Some dogs, however, have true sleep disturbances and exhibit extreme behaviors during deep sleep — such as growling, screaming as if in pain and even exhibiting aggressive behavior.

Veterinary behaviorists and neurologists believe these dogs suffer from a true sleep disturbance that occurs during REM sleep. Most people who observe these terrifying sleep disorders naturally think their dog is having a nightmare, a night terror or even a seizure.

If these episodes occur only during sleep, if you can usually wake the dog up with strong voice commands, and if the dog is neurologically normal during waking hours, then this is not a seizure disorder.

Veterinarians don’t classify these as nightmares or seizures but as an REM sleep disorder.

What to Do If Your Dog Is Having “Nightmares”

If you observe frightening behavior in your dog during sleep, here’s what to do first:

As a veterinarian, I usually hear the same thing anytime someone comes in to see me with their dog after observing an intense sleep disorder episode: “It freaked me out!”

While sleeping, these dogs can:

The intensity and frequency of the episodes varies a lot from dog to dog.

Dog Nightmares: What We Know and Don’t Know

REM sleep disorders occur in people and have been extensively studied. This is a harder disorder to study in dogs, but some research has been conducted.

The big difference between people and dogs is that people often develop this syndrome as they get older. But in dogs, REM sleep disorder often occurs in young dogs, which can be very troubling for the people caring for these puppies.

In one of the few studies conducted, 64% of sleep disorder dogs were 1 year old or less.

The exact causes of REM sleep behavior disorders is unknown. In humans, REM sleep disorders often occur later in life and can precede degenerative neurologic diseases such as Parkinson’s disease. It seems to be a different phenomenon in dogs since the average age of onset is so young.

Studies suggest possible causes of sleep disorders in dogs may include:

Diagnosing REM sleep disorder in a dog is not easy.

All of these tests require referral to a veterinary neurologist.

Seizure disorders and behavioral problems are fairly common in dogs. So it’s possible that a dog could have multiple things going on, making a diagnosis of REM sleep disorder more complicated.

Most experts do not believe there is a correlation between REM sleep disorders and other neurologic or behavioral disorders, but more studies need to be done.

Remember that this disorder varies greatly from dog to dog. Treatment depends on the severity of the condition and how the dog’s person is dealing with the problem.

If the episodes of the sleep disturbance are infrequent, not very intense or severe, not threatening to humans or other animals, and not disturbing the peace of the household, many people elect to have the dog sleep in a comfortable crate, padded if necessary, or a secure sleeping space.

Mild episodes themselves are not dangerous to the pet, so conservative treatment is an acceptable option.

Drugs that have proved most effective in treating REM sleep disorders in dogs include:

Dogs, like humans, can develop a tolerance to benzodiazepines, so many vets reach for potassium bromide first.

The response to drug therapy varies, just like the disorder:

If a combination of drugs does not relieve symptoms, it’s time to look further for an answer. There may be an underlying brain lesion.

Selective serotonin reuptake inhibitors (SSRIs) have been tried and may work in some cases — but some dogs actually get worse on an SSRI. This is true in people as well.

A friend’s dog was “having nightmares” — exhibiting what I would now recognize as classic signs of REM sleep disorder. This was in 1990, when very little was known about sleep disorders in dogs.

Chica was a middle-aged rescue dog with an unknown history. Shortly after adopting her, my friend said the dog was having nightmares frequently.

I remember telling her that things should get better once Chica felt more secure in her new happy environment.

But things got worse.

There were no cellphones back then, so recording these episodes was not as easy as it is today.

My friend thought I wasn’t taking the situation seriously enough, and I must admit I probably wasn’t. Once she explained how violent the episodes were and that this normally calm and peaceful dog was trying to bite her and was thrashing around in the middle of the night, I referred her to Cummings School of Veterinary Medicine at Tufts University, where she got some answers.

I remember this episode to this day, and it taught me a few lessons as a young veterinarian that helped me in my long career:

If you are concerned because your dog seems to be having nightmares, have your phone at the ready to record. Or consider a nanny cam if your dog doesn’t always wake you up.

In these cases, a video is worth a thousand words.

This pet health content was written by a veterinarian, Dr. Debora Lichtenberg, VMD. This article was originally published in 2013 and is regularly updated. It was last reviewed for accuracy and updated Sept. 17, 2019.
If you have questions or concerns, call your vet, who is best equipped to ensure the health and well-being of your pet. This article is for informational purposes only and is not a substitute for professional medical advice, diagnosis or treatment. See additional information. 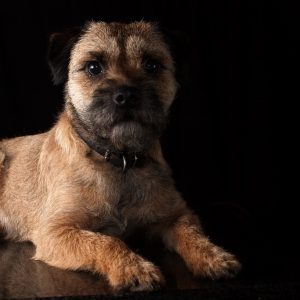 How to Help Your Dog Get Through a Seizure 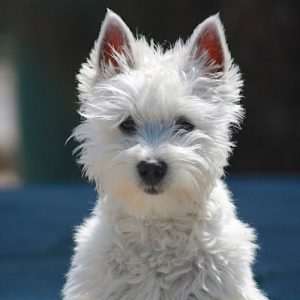 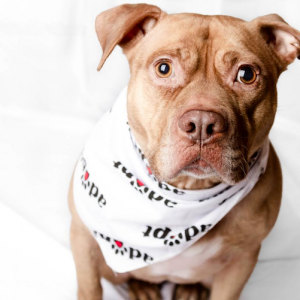 How Anxiety Almost Ruined My Dog 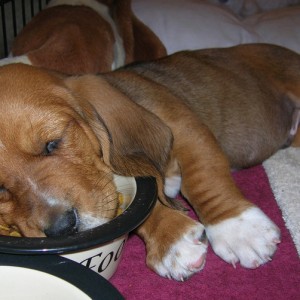 How Long Do Dogs Sleep Per Day?