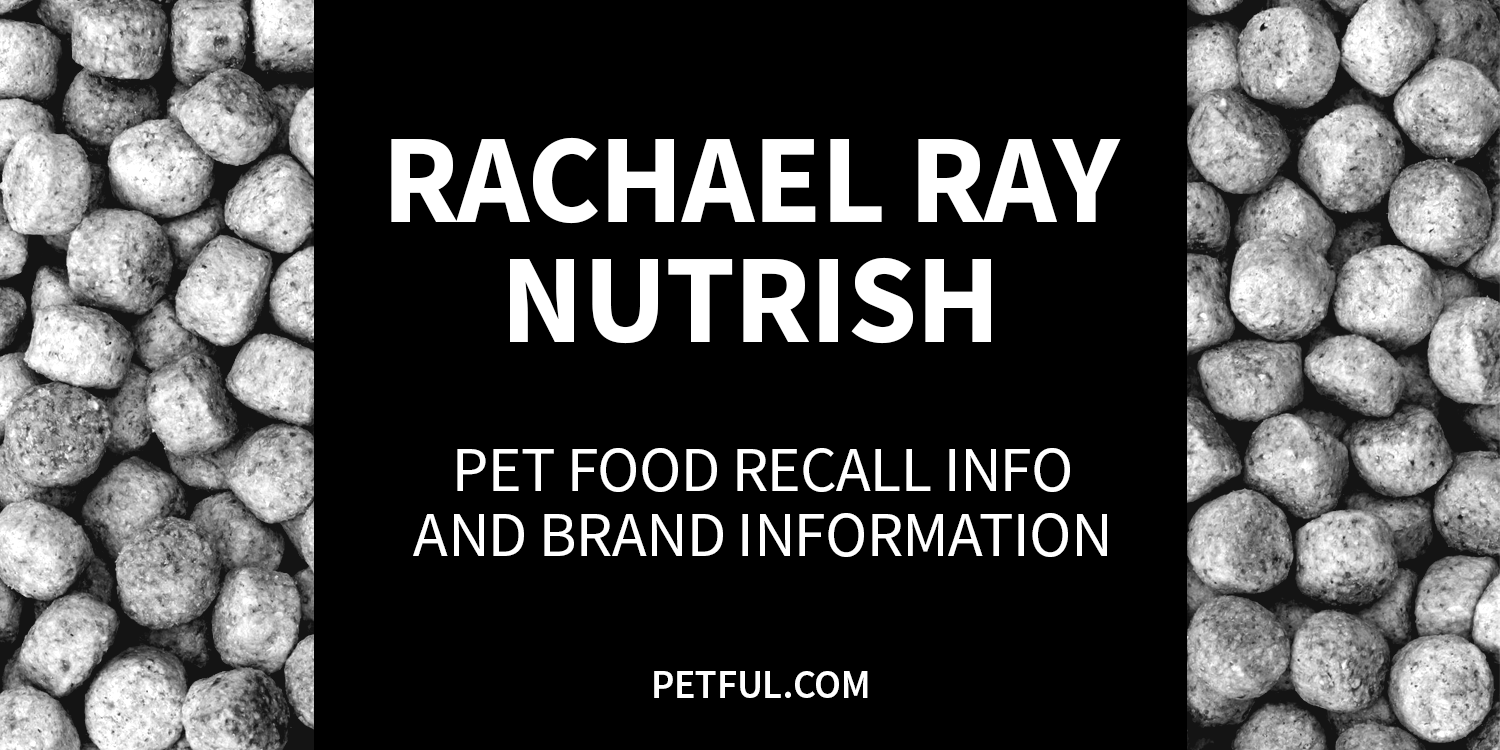 Rachael Ray Nutrish got its start in 2008, when Rachael Ray — a beloved Food Network regular, daytime TV host, author and pet lover — partnered with Ainsworth Pet Nutrition to develop a high-end line of dog food and treats containing simple, natural ingredients inspired by her own cooking.

In 2014, Nutrish for Cats was added alongside the brand’s dog food products. To launch the cat food, Nutrish embarked on a 16-city tour as part of a “Shelter Cats Are Beautiful” campaign.

Below, we share much more about the story behind Rachael Ray Nutrish pet food — including up-to-date recall information.

“We may not have as deep a pocket as some of the multibillion-dollar corporations we compete with. They’re very good competitors,” he said. “But that doesn’t mean we can’t out-think them.”

Some of the brand’s success came courtesy of an age-old marketing tactic: free samples. The “Switch to Nutrish” campaign was incredibly successful, with about “50% of the people who tried a free sample convert[ing] to the brand,” according to marketing agency Engauge Communications.

Of course, the celebrity factor didn’t hurt, either. For a time, Rachael Ray herself handed out free samples of Nutrish from a roving “pup-up food truck for dogs.”

Ray, a daytime host and bestselling author, came to fame with her 30 Minute Meals show on the Food Network.

She first agreed to put her name on the pet food after trusting her own instincts. That decision went against the advice from people in her circle. “People were like, you can’t put your head on dog food. That’s insane,” she told The New York Times in 2018. “I was like, ‘Who cares? It’s not like I have a stellar reputation as one of the world’s great chefs.’”

Proceeds from all sales of Rachael Ray Nutrish go directly to pet charities, organizations and rescue efforts. More than $35 million has been donated so far, as of March 2019. “Animals are very special,” says Ray. “They have the ability to bring happiness to anyone. I can’t imagine a world without them.”

“It’s important to me that I help support these animals and fight for them to have a chance to bring joy to someone else,” she says.

In 2012, Ray and Nutrish partnered with the ASPCA for the group’s $100K Challenge, a months-long competition among shelters all over the country to increase pet adoptions. The partnership would continue for another few years, renamed the ASPCA Rachael Ray $100K Challenge. Over its 5-year run, the challenge saved the lives of more than 282,000 pets.

The company produces its products with sustainability and carbon emission reduction initiatives.

Rachael Ray says Nutrish was inspired by recipes she created for her own dog, a rescued pit bull named Isaboo (Issy, for short). The outspoken dog lover says Nutrish is good enough that she herself has tried it.

“Nutrish is made to human standards. There’s nothing in that bag I wouldn’t eat myself, and I literally have tried the kibble myself,” Ray told Petful publisher Dave Baker in a 2012 interview.

The company boasts that there are no byproducts, fillers, artificial flavors or preservatives in the pet food.

In spring 2018, pet food giant J.M. Smucker Company announced it was buying Ainsworth in a $1.9 billion deal. Around two-thirds of Ainsworth’s sales are generated by Rachael Ray Nutrish.

“We are extremely excited to add Rachael Ray Nutrish, a high-growth premium brand that has been a catalyst in transforming the dog food category in grocery and mass channels,” said Mark T. Smucker, president, CEO and director of the J.M. Smucker Company.

As of 2020, J.M. Smucker was the No. 3 pet food company in the world, with over $2.8 billion in annual revenue, according to data provided by Pet Food Industry.

Has Nutrish Ever Been Recalled?

Yes. A recall of several wet cat food varieties of Nutrish was announced in June 2015. The cause was high levels of Vitamin D, which can cause serious health complications in cats.

The full list of Nutrish pet food recalls appears below.

We also want to alert readers to the fact that, in late June 2019, the U.S. Food and Drug Administration (FDA) identified Rachael Ray Nutrish as one of 16 pet food brands that may be linked to heart disease in dogs and cats. None of those 16 brands have been recalled as part of the agency’s ongoing investigation, though. Most, but not all, of the pet foods are “grain-free” and/or dry (kibble) dog food formulations.

In August 2018, a consumer filed a $5 million lawsuit against Ainsworth Pet Nutrition. 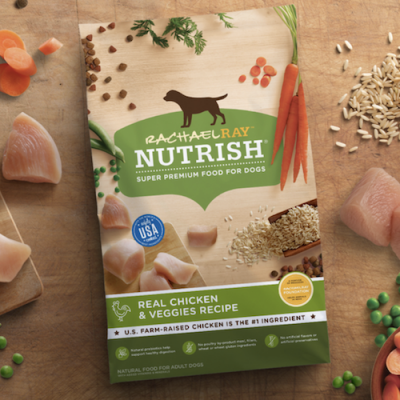 The suit stated, “Rachael Ray Nutrish holds itself out to the public as a trusted expert in the sourcing and processing of dog food,” adding that the company “also knew … that [its food] contains glyphosate, an unnatural biocide.”

“We are in the process of reviewing the details of the claim but strongly stand behind the quality of our products, ingredients and sourcing practices. As animal lovers and humans, it goes without saying that we do not add pesticides to our products as an ingredient. We plan to aggressively fight these claims.”

In a 2015 study, researchers Anthony Samsel and Stephanie Seneff tested 9 popular brands of dog and cat food — and every single one of them came back with “significant” levels of glyphosate.

Rachael Ray Nutrish Super Premium and 9Lives Indoor Complete had the highest levels measured in the test, at 0.14 glyphosate/mg kg–1.

“We suspect that glyphosate may be a causal agent related to the rise of pet cancers,” the researchers wrote.

So, back to that class-action lawsuit. What happened with the Nutrish lawsuit? It got thrown out — twice.

In April 2019, the suit was dismissed. It was later amended and refiled — and was then dismissed again by the same judge in February 2020.

“The level of glyphosate in the tested products is negligible and significantly lower than the FDA’s limit, which supports a finding that the products’ glyphosate residue is not likely to affect consumer choice, and that labeling them ‘natural’ is not materially misleading to a reasonable consumer,” wrote the New York federal judge overseeing the amended suit, in announcing his decision.

Two variety packs that contain some of these recalled products also were recalled:

Have You Had a Problem With Nutrish?