Skip to content
Petful is reader-supported. When you buy through any purple links on our site, we may earn an affiliate commission.

Whether in love or friendship, the saying that opposites attract holds true time and time again. For these 5 dogs, it’s no different.

Through some unusual circumstances, these dogs made connections with furry animals you wouldn’t normally see hanging around canines.

Look past the differences in genetic makeup, though, and their fuzzy hearts are all the same, really.

5 Unusual Friendships Between Dogs and Other Animals

You could call them 2 “Bs” in a pod. Bella the Labrador Retriever and Bubbles the African elephant couldn’t be better friends, despite their differences in appearance.

Both animals have spent part of their lives at Myrtle Beach Safari in South Carolina, where they were rescued and taken care of when no one else was there for them.

Bubbles the elephant was found after her parents were killed by poachers. During her time at Myrtle Beach, she’s grown from 340 pounds to over 4 tons.

Bella, on the other hand, ended up at the rescue center after the contractor of Bubbles’ pool left the dog behind when he was finished.

Fortunately, for the 2 of these animals, their crossed paths couldn’t have been better planned. This dog and elephant duo love going for swims together, and they even play fetch.

When a baby fawn was abandoned by her mother, Great Dane Kate was there to rescue her.

Pippin, the orphaned fawn, had barely spent a few days in the world before becoming close friends with a gentle giant who was multiple times her size.

As Pippin grew up, she was free to come and go on Isobell Springett’s property, where Kate lives. Pippin never missed visits to play and cuddle with her dog friend, even though she wasn’t kept as a “pet” of the household.

Isobell was so inspired by the unlikely friendship of Kate and Pippin, she even wrote a children’s book about it. How awesome is that?

Tinni the dog lives with his human in the woods of Norway — which also happen to be home to many foxes.

When Tinni was out for a hike one day and came across Sniffer the wild fox, this “fox and the hound” relationship was an immediate hit.

Tinni’s human, a photographer, routinely goes for walks with his dog to capture the playfulness between the pair. In fact, he was so inspired by this unusual friendship between a dog and a fox that he decided to write a book it.

We’re not finished yet! There are 2 more unusual friendships between dogs and other animals that I know you’re gonna love …

If you thought a fox and a hound made an unlikely pair, then the relationship between Milo the Dachshund and Bonedigger, a 500-pound lion, will certainly come as a surprise.

Bonedigger came to Wynnewood, Oklahoma, as a cub who was disabled due to a metabolic bone disease. Milo, a fellow resident of the animal park, took the much smaller Bonedigger under his wing to protect and help him along. Then Bonedigger grew into a full adult lion.

But even now, with Bonedigger dwarfing Milo by, oh, about 490 pounds, they are inseparable. They eat together and cuddle together, and this gentle lion even lets Milo clean his teeth after meals. Talk about an unusual animal-kingdom friendship.

Here’s another friendship so unusual and adorable it was turned into a children’s book.

This pair met at a reserve for endangered animals. Suryia was born there, and Roscoe ended up at the reserve after being found homeless.

When Roscoe arrived at the rescue, clearly in need of a little love, Suryia immediately took notice. Even though the staff claimed that primates and dogs don’t normally take to each other, these 2 became instant friends.

In fact, the first thing on the agenda for them was a little playtime.

Since then, they’ve been joined at the hip. Suryia now feeds and walks Roscoe, who’s often seen with one orangutan arm wrapped snugly around his shoulder. Now that’s true love.

Have you heard of any unusual friendships between dogs and other animals? Share the story in the comments below. 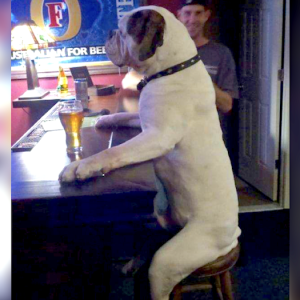 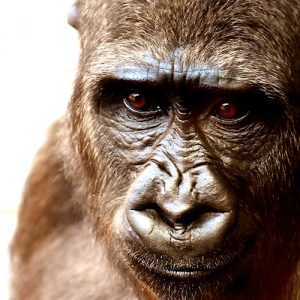 Are Zoos Ethical? Let’s Talk About Zoos and Animal Welfare. 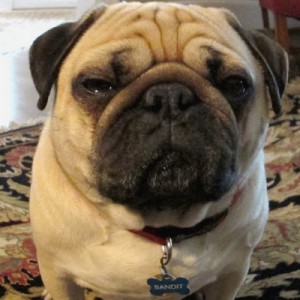 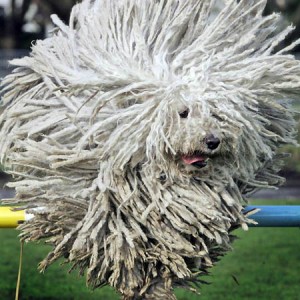 10 Funniest Dog Breeds in the World