She has graced the cover of Modern Cat magazine.

She’s been endorsed by Comedy Central and Buzzfeed.

And it all started with a simple rescue.

She is Princess Cheeto, an 8-year-old, black-and-white tuxedo cat who shot to stardom on social media with help from Brooklyn photographer Hugo Martinez, who named her after his guilty pleasure of the crunchy snacks.

On the Princess Cheeto Instagram site, Martinez features the patient princess in a variety of colorful settings and costumes to create a wildly creative and whimsical array of photos. 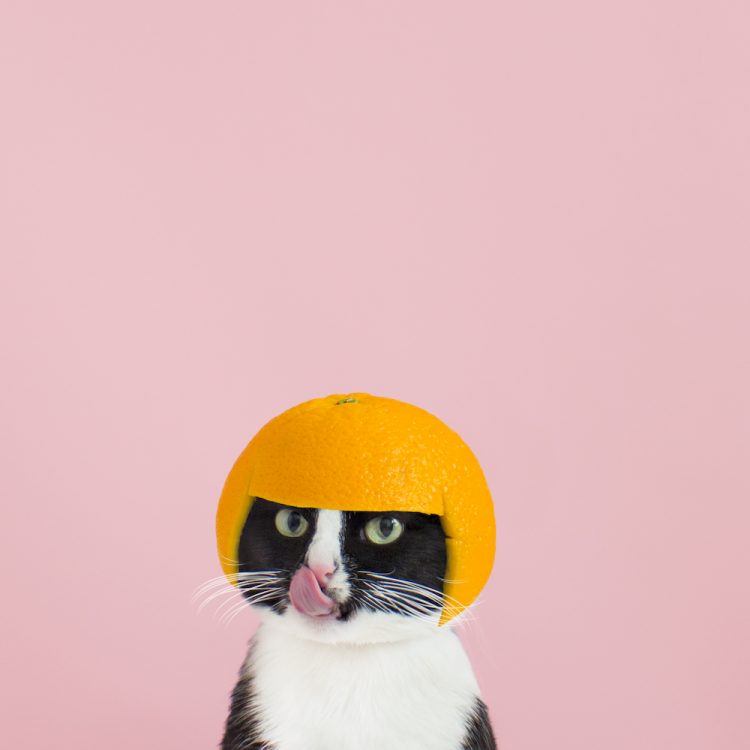 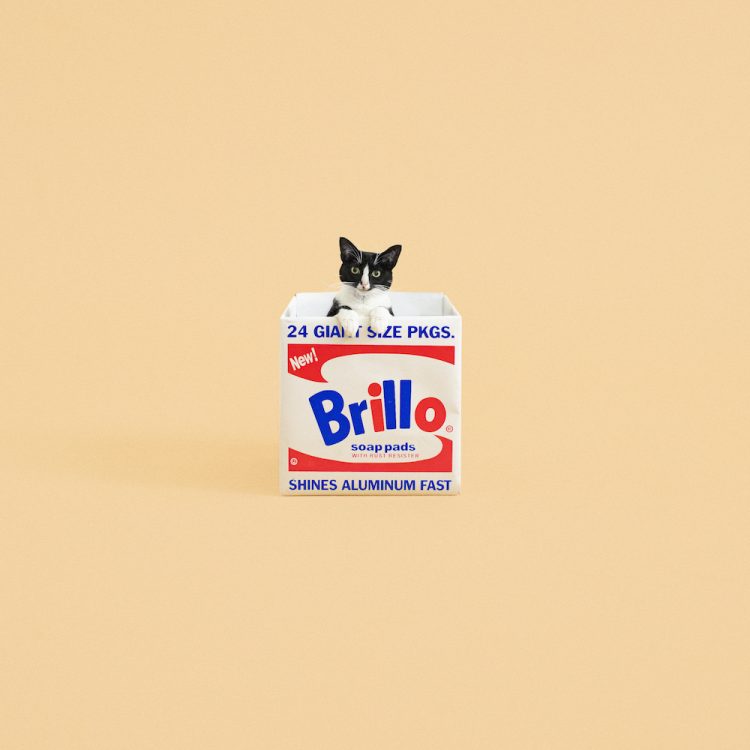 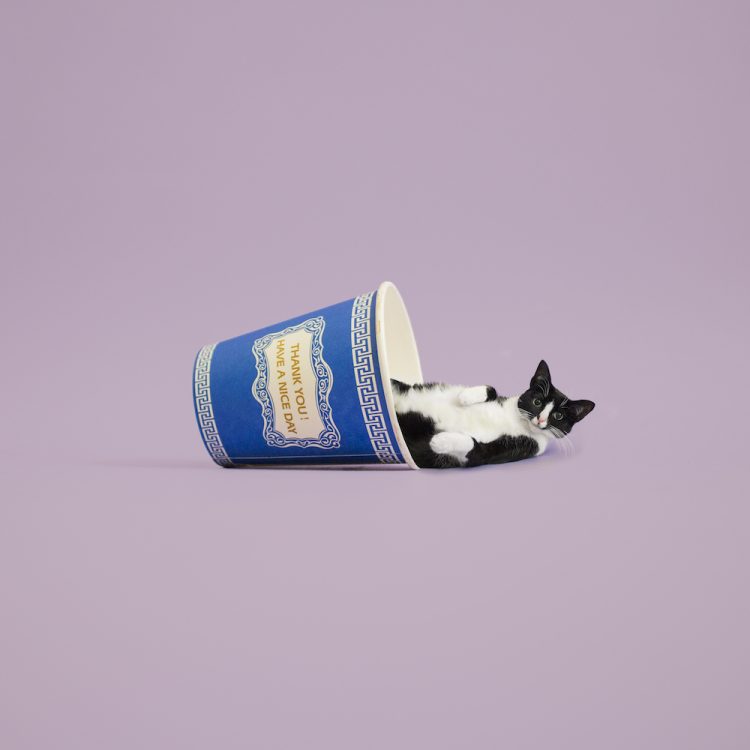 Martinez received Cheeto for his birthday 7 years ago, a gift from his friends who adopted her from the ASPCA Adoption Center in New York City.

While Martinez had always imagined having an orange cat, none were available that day, so his friends chose Cheeto — then known as Candystripe — who had been relinquished by her previous human.

Despite Cheeto not being orange, Martinez was immediately smitten.

“She was an amazing surprise,” he recalls, “and she changed my entire way of living. I was moving all the time, but she helped me put down roots and changed the course of my career. She’s the best present I ever got.”

Originally from Arizona, Martinez began taking photos in earnest while in high school. He studied at the Academy of Art in San Francisco before moving to Los Angeles and working for a commercial and fine art photographer.

In 2008, he moved to New York, where he began working in various studios and production houses for fashion and advertising.

“She made me stop and observe my surroundings and appreciate the little things,” explains Martinez. “After I began posting photos of her on Instagram, one thing led to another.”

“I really wanted to capture Cheeto in a unique way and am inspired by cats on the internet,” he adds. “When I shifted to doing my own thing, people started to notice my work.”

Cheeto is now part of the viral wave of famous and not-so-famous cats invading every corner of the internet.

According to Computers in Human Behavior, as of 2015, there were more than 2 million cat videos on YouTube alone.

In 2015, Martinez was offered a contract for his work with Cheeto with an advertising agency that represents Meow Mix.

Currently, he is working on an ongoing partnership with Nutrish, Rachael Ray’s pet food company.

Cheeto has also appeared in ads for retailers and brands including Target, Amazon, Smirnoff and Steve Madden.

Martinez is also working on a museum project in Paris that features Cheeto in advertisements citywide, and he just finished shooting a documentary that will premiere next year in Canada.

Meanwhile, portraits of Cheeto have graced art galleries from coast to coast, most recently for an exhibit called Cheeto in the City in SoHo.

While Martinez has licensed Cheeto’s image for greeting cards and T-shirts (their T-shirt collaboration with Zara is in stores now), he draws the line at making her travel or meeting the public.

“Everything we do, we do in her environment,” he explains. “Her safety is the most important thing, so I work around her. I go to her.”

To show his appreciation for Cheeto’s first home, Martinez volunteered to photograph and feature adoptable cats from the ASPCA Animal Center on Cheeto’s Instagram page for “Cat Friday” — a day-after-Thanksgiving adoption event during which adoption fees are waived in an effort to help long-stay cats find homes.

“I want all cats to have a better life,” Martinez says. “And I want to inspire people.”

When she’s not working the camera, Cheeto enjoys chasing laser lights, daydreaming in her shark bed, and snuggling up to Nacho, a 1-year-old exotic shorthair cat Martinez adopted last year and named for another one of his guilty pleasures.

At home, Martinez and Cheeto share a bond that transcends their professional partnership.

“She’s been there for me when others haven’t, and we’ve been through a lot together,” he says. “Cheeto ended up being better than what I wanted or expected.”

Yet the work of an artist never ends. “Some photographers’ muses are celebrities or models, but Cheeto is my muse,” Martinez says.

“Your cat is special in every way. That’s what I take away from Cheeto — all cats are magical.” 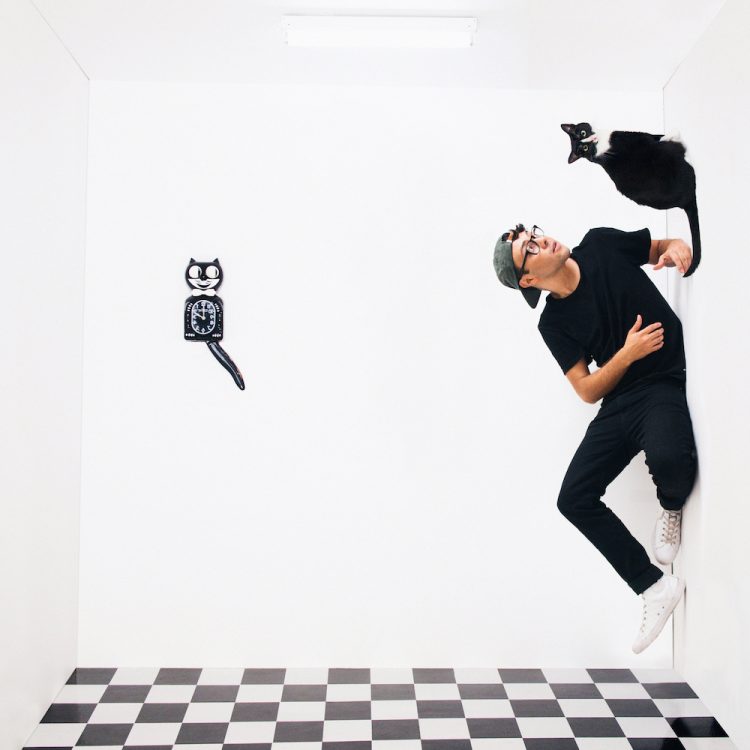 This article was written by Anita Kelso Edson, who has been on the Media & Communications team at the ASPCA for more than 12 years. In her previous role, Anita spent 6 years as director of publicity for the SPCA of Texas in Dallas.