Let’s face it — there are some very strange and weird-looking dogs out there. So, what are the funniest dog breeds? Here’s my own completely biased list of the top 10.

Check out those dreadlocks! The Puli looks like some sort of twisted, animatronic dirty mop.

The Puli is a Hungarian herder whose tight curls make it virtually waterproof. It is similar to the much larger Komondor.

These dogs are usually black, and some of the cream-colored ones have black faces. They’re fast and agile, headstrong and loyal.

…and mighty funny looking. The Puli easily takes the top spot on my list. Next!

You’ve probably seen some head-turning Chinese Cresteds in the infamous “ugly dog” contests held every year. Some of these dogs sport mohawks. Others look like Robert Smith from The Cure.

To be fair, the Crested pictured above is on the, uh, “very ugly” end of the spectrum. The breed standard is much more presentable than shown here.

If you love the movie How to Lose a Guy in 10 Days as much as my wife does, you’ll recognize the dog named Krull as a Chinese Crested: 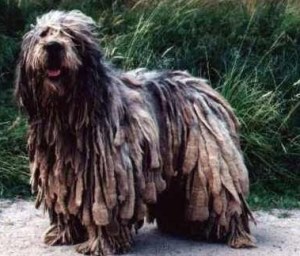 Coming in at third is another mop dog, similar to the Pulis and Komondors.

Actually, the Bergamasco is a sheepdog, with an unusual matted coat. Colors of the coat range from gray or silver gray to brown and black. This coloration probably was a camouflage in the Italian Alps, where this pooch originated. 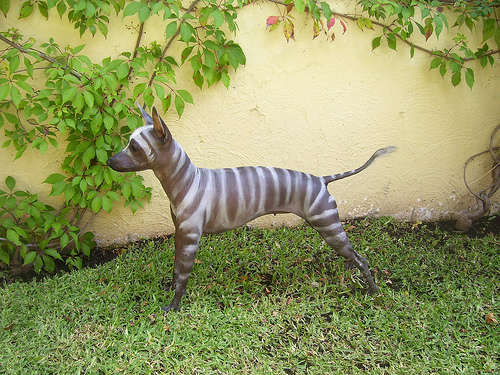 The Xolo, a Mexican hairless breed, is not only funny looking, but it’s also quite rare. Not to mention, I am a klutz when it comes to pronouncing the full name (something like “SHO-lo-eets-KWEENT-lee” gets close).

These lovable pups were considered sacred by the Aztecs, Toltecs and Mayans and were thought to have healing properties.

If laughter is indeed the best medicine, then those ancient peoples certainly may have been onto something, because this dog = hilarious. 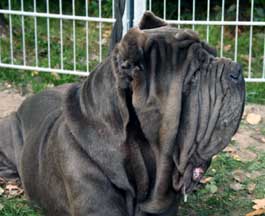 This poor pooch, with is massive wrinkles and sags, looks like something out of a Salvador Dali painting. That earns it a cozy spot in my top 5.

Don’t let the saggy face fool you, though. The Neapolitan Mastiff is fearless and supposedly fought alongside Roman Legions (sporting spiked leather harnesses that disemboweled the bellies of enemy horses).

They’re large and powerful and don’t seem to know their own strength. Chuckle at your own risk. The Neapolitan Mastiff is also on our list of the 10 biggest dog breeds in the world. 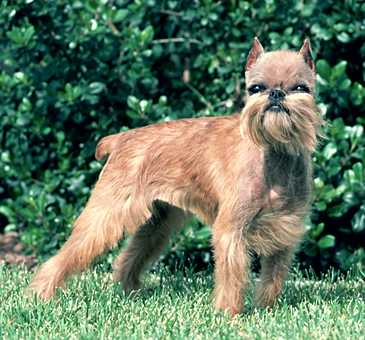 With their cute fuzzy beards, these toy pups could well have inspired the vision of the Grinch from How the Grinch Stole Christmas.

Some people insist the Brussels Griffon looks like a little monkey. But I would save that comparison for the Affenpinscher. 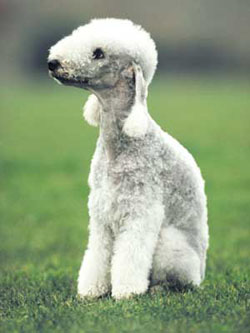 Is this a dog or a lamb on a leash?! This non-shedding dog has wooly hair, a wedge-shaped head, tassels dangling from the ears (when groomed) and triangular eyes.

Given that the Bedlington Terrier is smart, reliable and calm, it’s hard to believe these lamb-like dogs used to keep badgers at bay. 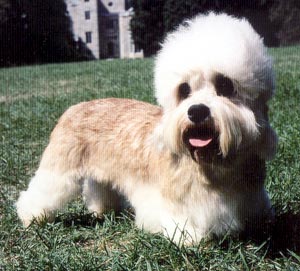 With an elongated body, short little legs and a distinctive pouf on top of their heads, the rare (and quite nearly extinct) Dandie Dinmont Terriers can certainly bring chuckles.

Bonus points: The plucky Dandie is the only breed to be named after a fictional character (from a novel by Sir Walter Scott). 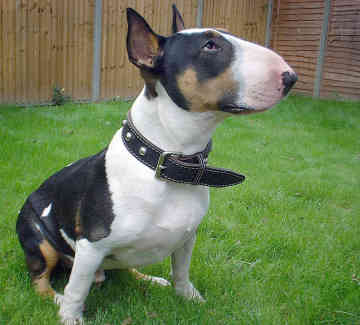 These egg heads were made famous in the 1980s “Spuds MacKenzie” commercials. Twenty-five years later, these dogs are still funny.

The most unmistakable distinguishing feature of Bull Terriers is their egg-shaped head, which is almost flat on top but gradually slopes down to the end of an awesome schnoz. (It kind of reminds me of a 1963 Ford Thunderbird: Take a look for yourself.)

Clownish with a jaunty gait, Bull Terriers definitely deserve a spot in on this list of the top 10 funniest dog breeds. 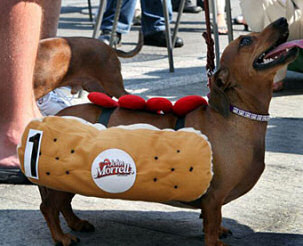 My list wouldn’t be complete without nearly everyone’s favorite, the wiener dog, punchline of too many jokes to count, and source of endless amusement.

The Dachshund has made regular appearances in many political cartoons and comics (such as “Far Side”), and a Dachshund was even the official mascot of the 1972 Olympics in Germany.

This long-bodied, short-legged hound with flappy ears and curved tail is playful but stubborn. The Dachshund is one of America’s most popular pets, especially in cities.