One warm day in August, my husband and I recognized a deeper issue in our dog, Babe, than simple anxiety.

It happened during a particularly frightening episode: She had tried desperately to tear through the window screen of our third-floor apartment to escape our shrieking smoke alarm.

I’ll spare you the not-so-heroic details of my frantic reaction as I sped across the room to clumsily wrap my oven-mitted hands (for I was the culprit of the alarm in the first place) around a dog hysterical with fear.

Suffice it to say that after years of steady progression, Babe’s anxiety and fear had reached a breaking point that almost led to her death, and we needed to take some preventive measures immediately.

From Nervousness to Severe Anxiety

Babe was a stray dog we had fostered temporarily until we could find a permanent and responsible home for her.

At least that was the plan. After we’d finished taking responsibility for every medical concern she presented us and having her spayed and microchipped, we found ourselves four months into “fostering” a dog who had grown surprisingly attached to us. And as much as we liked to deny it, we too had grown attached to our stray. We now had 3 dogs in what was supposed to be a one-dog household.

Babe’s anxiety began as a simple separation anxiety — something that is pretty common in dogs, especially stray or rescued dogs. She got along well with our other dogs, but didn’t prefer their company. She followed us from room to room and settled down only if we were present. She scratched at the door and howled if we stepped outside without her. She became destructive when separated from us, so we got her a crate to stay in while we were out.

She developed a fear of our fly swatter and trembled in a corner if we ever had to swat a fly.

As time passed, her anxiety worsened. When she was home alone one day during a storm, she destroyed her crate and shredded the bottom of our bedroom door trying to escape. We found her with a swollen and bloody muzzle.

On the Fourth of July, she was inconsolable during the fireworks and made herself sick, evidenced by diarrhea all over our floors (and even the walls). After that, we had our veterinarian prescribe sedatives for the festivities.

Baseless fears began to alter her behavior so that at times she reacted so unpredictably to a situation that we felt we couldn’t take our eyes off her. On one occasion, Babe was in our backyard and suddenly noticed that our neighbor was tarring his roof. She was so terrified to see him on the roof that she forced herself under our chain-link fence and ran. My husband had to scale the fence and charge after her.

She developed a fear of our fly swatter (I assure you, she has never been struck while in our care) and trembled in a corner if we ever had to swat a fly.

For 2 years we had to leave the country and Babe wasn’t able to join us. She was separated from our 2 other dogs and stayed with our friends. They took perfect care of her, but still her fears and anxieties worsened. She destroyed another crate (her third) and annihilated their bedroom door. She shredded the screen on their storm door (as she had done once before) and began developing aggressive tendencies toward their 2 other dogs.

When we reclaimed Babe and moved to Brooklyn, we found that she was now afraid of beeping noises. The beeping across the street that signaled a stopping bus resulted in her trembling in our bathroom. The alarm of a truck backing up caused her to frantically climb into our laps, panting and shivering. The sound of rainfall was almost as terrifying as thunder and fireworks.

She was, in short, a ball of fried nerves. We felt equally powerless and frustrated. 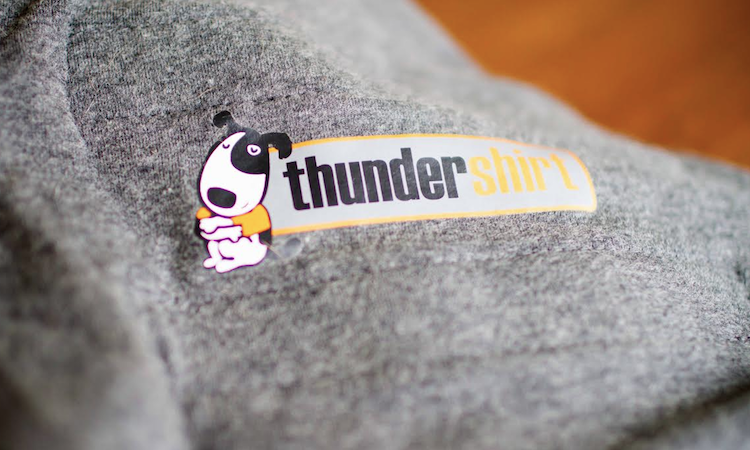 I like to think we took the appropriate steps in making whatever changes were needed. We spoke with other people with pets as well as veterinarians and vet technicians, and researched different treatments. Here are 3 that we tried:

In stressful situations, that might be exactly what your dog needs to ease his or her anxiety. No wonder so many people recommended we invest in a ThunderShirt for Babe.

When she wore it, she seemed as happy as when we dressed her in one of her many colorful sweatshirts — that is to say, pretty cheery! But it did little to alleviate Babe’s anxiety. During a thunderstorm, the shirt was as ineffective as everything else we had tried.

Composure bite-size chews were introduced to me by our veterinarian. She recommended the supplement from personal experience and advised that it might be exactly what Babe needed to calm down.

The chews could be given as needed and as a preventive measure. The combination of certain proteins and acids in the supplements was designed to naturally calm nervous pets.

We gave Composure a try. I began including the chews in Babe’s breakfast and tried giving her additional ones during times of high stress. But once again we found this to be ineffective against her growing fears. She didn’t seem too interested in the flavor of the chews and outright refused them when she was extremely anxious.

Through the use of simulated thunder sounds, we tried to desensitize Babe’s growing fear of sounds. When construction noises carried to our apartment, we attempted to reward any calm behavior with high-value treats. When she reacted negatively to beeping sounds or alarms, we ignored the behavior until she calmed.

None of it seemed to make any difference. She couldn’t be tempted with food when distraught and would force her way onto our laps whether or not we were trying to ignore her.

My husband and I had careers and lives to consider away from our dogs. We had priorities that didn’t include Babe and ignoring those priorities would mean the loss of our careers, our home and everything else we’d worked toward. We just couldn’t put our lives on hold to spend every moment consoling her.

A couple of months after our move to Brooklyn, Babe began waking up in the middle of the night — every night — in a panic. She would wake us by standing on our chests (did I mention she weighs roughly 50 pounds?) and panting in our faces. She’d walk across our pillows and scratch our faces. If we tried to hold her down, she’d begin trembling and struggling. We couldn’t put her in another room or close her in her crate because she would become destructive and howl.

After a few months we reached a breaking point. We couldn’t go on this way, and it was unfair for us to allow Babe to continue living a life of constant and damaging anxiety.

As one final effort, we made an appointment with Babe’s veterinarian and explained the situation, listing every step we had taken to control the development of her fears and our subsequent failures. 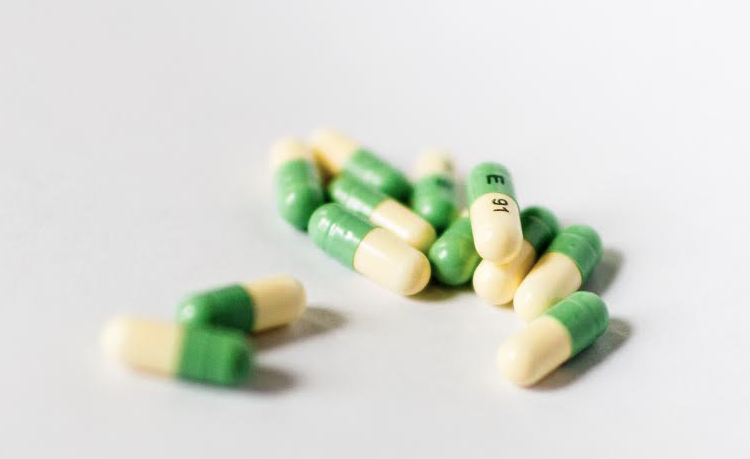 Babe was prescribed fluoxetine (Prozac) as a maintenance medication to ease her stress.

The medicine alone, we knew, wasn’t going to make all the difference. It might lend some help in leveling her out with daily anxiety, but the situations that led her to total panic would still need to be addressed by us and we needed to either accept that Babe would always have unusual anxiety issues or make a decision to rehome her. That wasn’t much of a choice.

There was no way we could find Babe another home, not just because we loved her and didn’t want to give up on her, but also because the problems we were dealing with were not going to be any easier for someone else.

The fluoxetine took a long time to become even slightly effective.

In the meantime, we did the following:

After a couple of months, the effects of Babe’s anti-anxiety drugs began to show themselves. Less wide-eyed and nervous, Babe spent more time napping in our presence than demanding constant consolation. Finally she started wagging more often and seemed genuinely happy most of the time. She played and ran and begged for free pettings from people she’d meet on her walks. She bounced and play-bowed around new dogs.

Babe’s fear and anxiety were still very present. When triggered, she spiraled into an uncontrollable ball of terror just as she had before. But knowing that it was temporary seemed to make it more manageable.

So how exactly did we deal with extreme and sometimes unprovoked fear and anxiety in our dog?

Well, we managed some of it with expensive to reasonably priced supplies:

But those investments would have counted for very little if we were unable to look at Babe as worth our every emotional and physical effort.

In the end, the only change we made that was able to save our dog was to change ourselves. And after we’d done it, we realized it wasn’t such a difficult decision at all. In fact, it was downright easy once we understood that giving up on Babe had never really been an option.