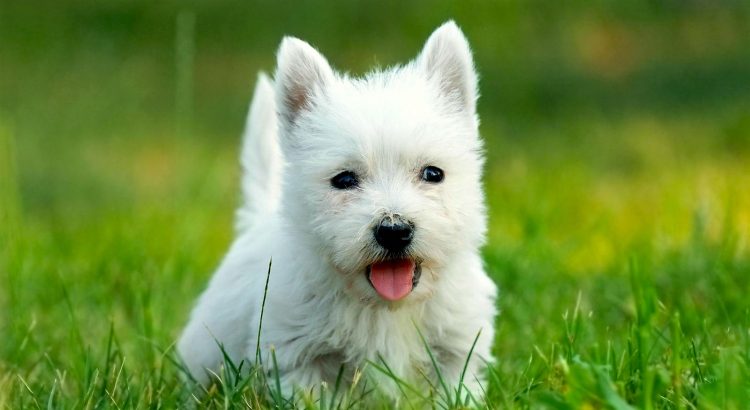 The West Highland White Terrier, often referred to as the Westie, is a small, strongly built dog and one of the most popular terriers. They have black noses and almond-shaped, wide-set, black-rimmed dark brown eyes and ears that are triangular and stand erect. The tail is tapered and often referred to as carrot-shaped.

Westies have double coats. The outer coat is 2 inches long and straight and hard, and the undercoat is soft. The only coat color for this breed is white, hence the breed name.

Westies originate from Poltalloch, Scotland. A Cairn Terrier had a few white puppies appear in a litter, and a Scottish breeder whelped them.

One myth about the dogs traces back to a Scottish hunter. It is believed that his colored terrier appeared from a hidden area, was mistaken for a fox and was shot by the hunter. Since then the hunter only wanted white terriers so they would be easier to recognize in the field.

The puppies were bred to create the West Highland White Terrier, although they are technically white Cairn Terriers. The dogs first appeared as Westies at the Crufts Dog Show in London in 1907. The dogs appeared in the United States of America in 1906, and the American Kennel Club recognized the breed in 1908.

Westies are happy and entertaining dogs; they make excellent travel companions. They are easy to train and get along with strangers, children and other dogs (although they may chase cats and smaller animals because of their prey drive). They make good watchdogs but like to dig and bark.

MEDIUM: This breed is very active indoors, so daily walks and play should satisfy their exercise needs. They can do well in apartments because of their small size and activity level. Because of their high prey drive, Westies should be exercised while leashed or in a secure or enclosed area.

MEDIUM: This breed sheds minimally, if at all. They should be brushed regularly to keep the coat healthy between trimmings. Bathing can be done when necessary but not too often — it could damage the coat. The areas around the eyes and ears should be cleaned trimmed regularly.

Coat trimming should be done 2–3 times per year, and the coat should be stripped twice each year. Or bring the dog to a groomer every 4–6 weeks to maintain the coat. The ears and teeth should be cleaned regularly, and the teeth should be brushed to prevent periodontal disease.

HIGH: There are many health issues to be aware of for this breed. According to a health survey conducted by the West Highland White Terrier Club of America, the following conditions are most often seen in Westies:

Other possible health conditions include:

This Westie has a bunny buddy:

Check shelters and rescues for Westies near you.

If you contact a breeder, make sure to view the breeder’s home or facility and ask to meet the parents of the dog you might adopt or buy. Because of the long list of potential health problems for this breed, ask for health clearances from the breeder.