Contrary to popular belief, tabby is not a breed of cat — it’s the pattern of a cat’s coat. About half of the world’s domesticated cats are rightfully described as tabbies.

Tabbies come in all colors and classes. The color of the tip of the tail determines the actual color of the tabby cat. Longhaired cats have less obvious markings than shorthaired cats since the length and thickness of the fur tend to hide the patterns somewhat. The markings can be better identified on the head, legs and tail of kitties with short hair. A true tabby usually has a lighter chin color.

The four tabby color variations are represented by the ridiculously cute kittens below: 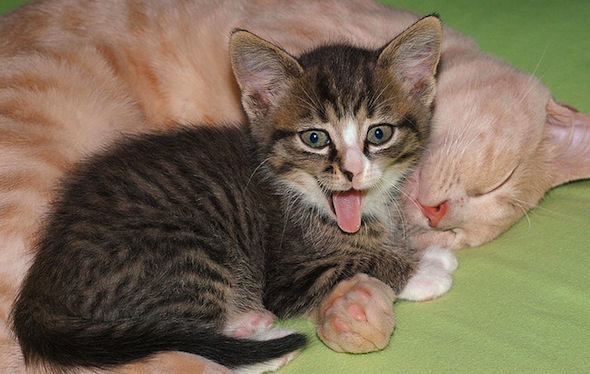 By far the most common tabby cats, these felines have narrow stripes that run vertically down their backs in parallel positions. Often referred to as “tiger cats,” they also have one stripe that runs along their back down the spine that resembles a fish skeleton, hence the name “mackerel.” 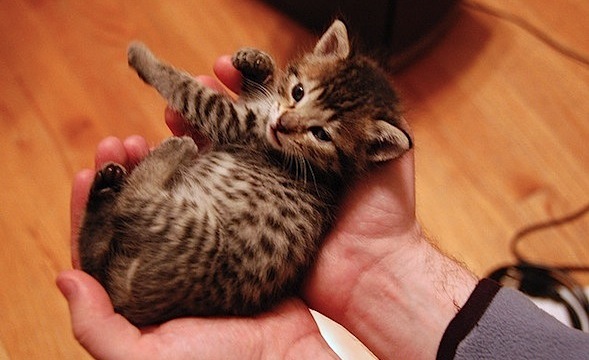 You guessed it — various-shaped spots, large and small, run all along the sides of the spotted tabby. Sometimes the spots appear to be broken mackerel stripes. The belly of the spotted tabby will have rows of spots known as “vest buttons.” The forehead, as in all other tabbies, is marked with an “M,” while the legs and tail feature fine, close lines. 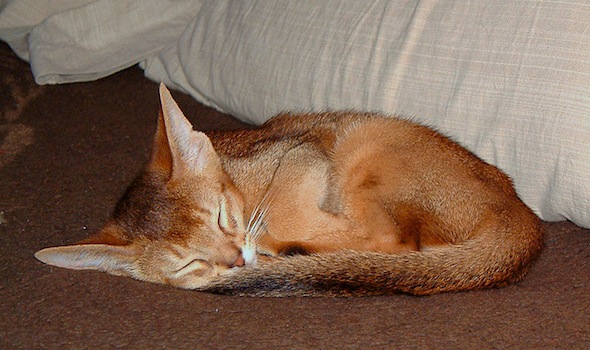 Two examples of the ticked tabby are Simalis and Abyssinians. These cats may not seem to be tabby at first, since they do not have the traditional body markings. However, the markings of the coat pattern on the face, along with the agouti hairs that are striped with alternating light and dark bands on the body, are proof enough that these are indeed tabbies. 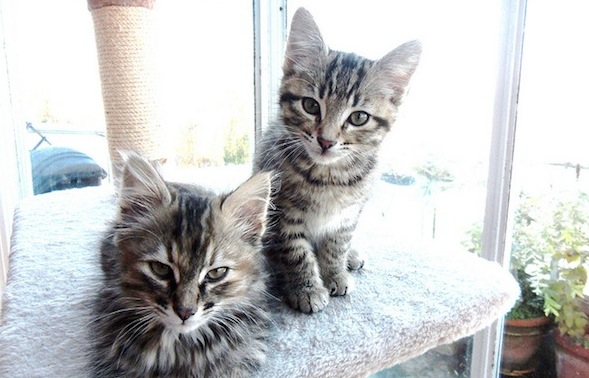 This pattern consists of circular, swirling smudges, much like a marble cake. A blotched tabby’s body looks almost like a bull’s-eye. The shoulder markings are likened to an open-winged butterfly ready for flight. Blotched tabbies have “vest buttons” on their bellies. The “M” on their forehead and parallel head lines are broad, while the rings around their tails and legs are broad and well spaced. There may also be wide bands on the neck, as if they are wearing a necklace.

Any domestic cat is likely to have the gene for a tabby pattern. Even a supposedly smut-black feline may have hidden tabby markings, noticeable only on the sunniest of days.

Do YOU have a tabby cat? If so, what kind of markings does your cat have? Tell me in the comments below!