Many of my clients have a multiple-cat household. Feline behavior problems are much more common in households with more than one cat. We don’t understand cat behavior as well as dog behavior, but knowing some basics about cat culture can help the cat owner diffuse or solve many problems.

Now, I doubt I could ever run the risk of becoming a cat hoarder, a very serious problem indeed. But if my husband was out of the picture (on a long safari, exploring indigenous peoples of the world, etc.), I think my cat-o-meter could get a little out of whack. He keeps me in control.

Have to move? Get rid of the cat.

The kid sneezes twice? Get rid of the cat.

The cat develops a medical problem? Euthanize the cat.

The cat peed on the bathroom rug! MURDER THE CAT.

If the owner doesn’t want to work on the problems with me, I am often asked to re-home the cat. Not infrequently, re-home has meant my-home. I have many years of experience in a multi-cat household, with the group of cats continually in flux. Cats don’t necessarily adapt well to change, so an unstable cat population can cause stress.

In all fairness, many cat owners are faced with real behavior problems and they try to do everything to solve them. They love their cats. Giving them up is not even on the radar. These owners usually have more than one cat. Although cats are not solitary animals, they have often been described as asocial. In any event, they like their social situations fairly fixed, and humans come in and ruffle the fur.

When humans aren’t involved, cats tend to live in matrilineal groups, meaning they live with related females (mothers, daughters, aunts) and immature males. Obviously, pet cats are spayed or neutered, removing the huge problem of rammy, mature tomcats, spraying, fighting, and all that jazz. In feral situations, the group becomes stable. Cats who do not fit into the group have the natural ability to leave or are forced out. This is not possible in your ranch house. Cats who do not find your house and your other cats to their liking are under stress. They may fight; they may hide; frequently, they stop using the litter box.

Aversion to That Litter Box

Many cat owners can put up with some intercat aggression, sharpening claws on the oriental rugs, jumping on the counters, vomiting in front of dinner guests, but the tearing the hair out moment usually comes when? When Fredo begins peeing on the carpet. Or the couch. Or the bed linens, the laundry, the bathroom rug. Next to the litter box, along side of the litter box, anywhere but IN the litter box. If Fredo doesn’t get his act together, he’s going to wind up like his namesake in The Godfather. (I hope you’ve all seen the movie.)

These clients with urine stinking up their houses have read up on the internet. They’ve become scrupulous about cleaning the box. They’ve spent a lot of money on products to clean the couch, the rugs, you name it. But they may not be getting to the root of the problem. What made Fredo stop using the box in the first place?

Usually, there is a reason that makes a lot of sense to Fredo, and we have to find it. Naturally, you must rule out medical reasons first. Your veterinarian can help you. Simple tests and a very clear history often delineate between a medical and a behavioral problem.

If you have a single cat that has been litter box trained all its life, and it begins urinating outside the box, this may often be a medical problem. But cats in multiple-cat households that begin urinating normal amounts in strange places are often under stress. Fredo, for example, may not be happy with his new fur friend, Mr. Michael. Often, these are not friends with benefits in Fredo’s opinion.

You may not see your cats actively fighting, but that does not mean there is not a victim and an aggressor. Cats need personal space. For some cats, a peaceful chair or a nice perch is sufficient. Others might need an entire room to themselves. If they have not been raised together in a familiar group, some cats might never accept one another. To keep things peaceful, they must feel that they have a space to call their own.

Your job is to be sensitive to tension and deflect it.

When you brought in the new cat, Mr. Michael, did you see that he began lurking four feet away on the top step, staring at Fredo every time he walked near his litter box? Fredo is fearful. Walking near and using that litter box is like taking a fatal boat ride with Mr. Michael. (I really hope you’ve seen the movie!) Or maybe Fredo just feels like Mr. M is standing too close to him. He can’t find another box. He finds a corner of the couch, where he can put his little fanny deep into the open pocket, relax, far away from where Mr. Michael is staring at him, and he pees.

You know that close talker at your office? The person who stands one inch away from you with his coffee breath telling you something you already know? Don’t you want to scratch his eyes out, or at least bat at them? Maybe you just don’t go to the water fountain right now because you want to avoid Mr. Coffeebreath entirely. Well, you didn’t realize that this is exactly what Fredo is doing.

1. Separate areas, separate litter boxes, separate food stations. Multi-cat households should have one food bowl per cat, and at least one more water bowl and litter box than cats (1 per cat + 1 rule).

2. A place for my stuff! Cats need their own space, maybe at a preferred height, maybe covered, maybe soft, maybe sunny, maybe warm! Get into your cat’s head.

Fredo used to love to sit by the fire, but now Mr. Michael has taken up residence on the hearth rug. So can you get another wood stove installed this weekend? Probably not, so work on where to give Fredo a place of his own!

3. Finding a new home for one of the cats. As a general rule, I like to find the aggressor a single-cat situation when all else fails.

4. Drugs. Never start here. Discuss this with your veterinarian in a behavior consult. Drugs are an aid, not a fix! If you don’t have adequate room or litter boxes, anti-anxiety drug therapy alone is wrong.

But My Litter Box Is Immaculate!

OK, Mrs. Tidy, but maybe it’s not the right kind of litter. Or not in the right place. Or Mr. Michael is in the next room and Fredo knows he’s waiting for him to approach that box.

Mrs. Tidy, let me ask you a question. Do you like soft toilet seats or old-school? Long oval shape or old-school? Quilted toilet paper or single sheet? Do you hate that cold bathroom off the kitchen with no windows? Why not just run upstairs where the sun shines in on the clean, white, old-school toilet seat with the plush toilet paper and the pale blue walls? And the best part? Then you have privacy away from those people eating breakfast in the kitchen! You can pee at peace. This is all Fredo wants, too!

I have litter boxes on every floor of my house and water bowls in MANY locations. Cats like different bowls of fresh water, cups, running water, shower droplets. They may like ceramic, plastic, glass. Maybe they like your finest china. Give it to them! You never use it anyway. 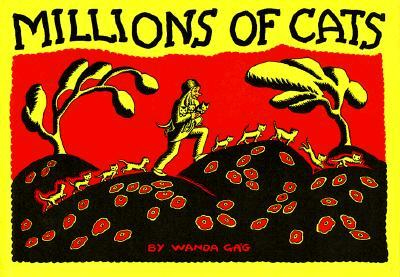 If your cat has a litter box aversion, play around with clumping vs. clay litters and covered and open boxes. Placement is a huge key. Why does my one indoor cat prefer to have his litter box in my son’s dusty old bedroom? I don’t know, but that’s fine. Nick is gone and married, so Bedbug reclaimed his room. I gave Bedbug a choice of three different places for his litter, and he made the choice by using only one box! In this case, I eliminated the other two boxes.

If you have a 400-square-foot apartment, multiple litter box placement is indeed a problem. Cat poop in your closet has its drawbacks. Opening your Murphy Bed on that cat box is never pleasant. Tiny living spaces often don’t lend themselves well to multiple cats.

I recently had a client with a very small home and two cats. All was fine until the cats were about 2 years old. They both began urinating outside the box. We did the medical work-up and found nothing wrong. I went through the “cats + 1” rule of litter boxes, and she refused.

“I have a small house, and there’s going to be one box only in the basement, yadda, yadda…”

After she brought in several more urine samples, all normal, and complained about the cost, I expressed my strong belief (once again) that more litter boxes would save her aggravation, time and the cost of new floors. Three litter boxes solved the problem.

Remember the children’s book Millions of Cats? The old man brought home millions and billions and trillions of cats. But they began to quarrel, and only one homely little cat hid while the trillions of cats bit and scratched and clawed one another to death. So the old man and woman adopted the little ugly cat who hid. And we wonder why we had nightmares as children. Or why some of us became veterinarians!