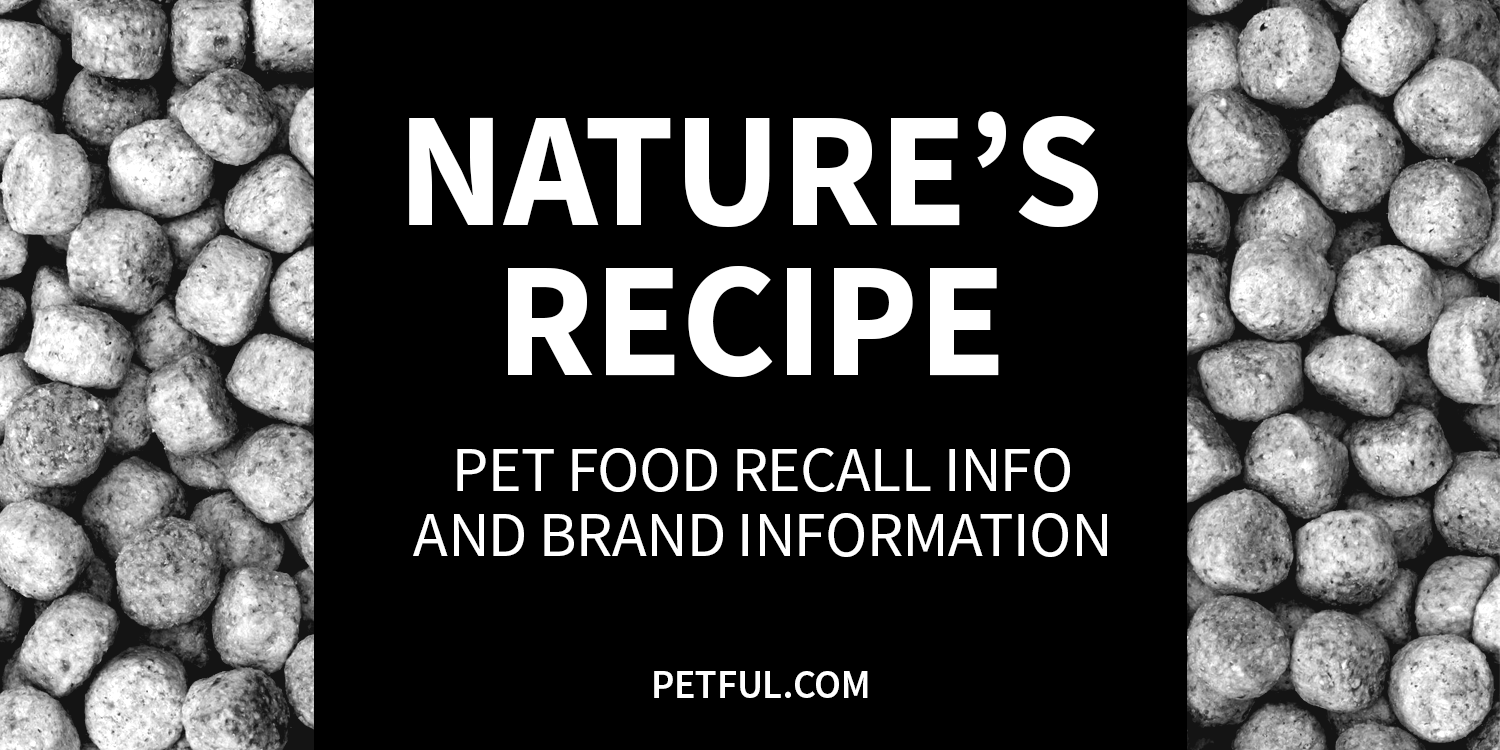 Jeffrey Bennett, an entrepreneur and politician, founded Earth Elements Inc. in 1981 in California, and his company produced Nature’s Recipe Pet Food, which became a great business success story, with accolades from Inc. magazine and others. In 1985, Nature’s Recipe became the first pet food to offer a lamb and rice recipe for dogs.

We have much more information about the nearly 40-year history of Nature’s Recipe below, including up-to-date recall information.

Fifteen years after founding Earth Elements, which produced Nature’s Recipe Pet Food, Bennett reached a deal in 1996 to sell it to the H.J. Heinz Company.

Terms of that deal were not publicly disclosed, but just one year earlier, Bennett had reportedly said he wouldn’t take less than $200 million. The actual sales price was rumored to be around $100 million.

Bennett, a native New Yorker who raced cars and collected art, agreed to stay on for 3 years as president of the newly established Nature’s Recipe Division of Heinz Pet Products.

“It was magic,” he said of the deal. “I got everything I was looking for.… It’s a partnership with corporate America that I never thought possible.”

The next few years weren’t always so great for Bennett, however. He and his wife were worth a reported $35 million in 2000, but were bankrupt just a couple of years later. Then, in 2011, Bennett was sentenced to 2 years’ probation following a federal fraud investigation related to the bankruptcy proceedings.

Terms of the sentencing included thousands of dollars in fines and 1,000 hours of community service, and Bennett’s felony conviction ruled out the possibility that the former mayor of Corona, California, would ever be able to run for political office again.

“If it weren’t for his past public service … the judge would have imposed a harsher sentence,” a federal prosecutor told the local newspaper.

“Whether it’s dietary fiber in sweet potato to help support healthy digestion, or omega fatty acids in salmon to help support brain and muscle development, we choose every ingredient for a reason — to help give your pet the nutrition they need,” the brand says on its website.

Has Nature’s Recipe Pet Food Ever Been Recalled?

Yes, Nature’s Recipe has been recalled at least 2 times since 1981, according to extensive research by Petful.

Most recently, in October 2012, some of the brand’s dog treats were voluntarily recalled due to possible salmonella contamination. “No pet or consumer illnesses from this product have been reported,” the company said, stressing that the limited recall was a result of “its commitment to safety and quality.”

The only other Nature’s Recipe recall that we could find was back in July 1995 — but it was a big one. The company began receiving dozens of complaints of dogs refusing to eat, and so an immediate investigation was launched. Following testing of pet food samples, mycotoxin was discovered in amounts 2–3 times the maximum limit allowed by federal law.

Mycotoxin can cause loss of appetite and vomiting, so just weeks after receiving those initial consumer complaints, Nature’s Recipe found itself voluntarily recalling a whopping 7,500 tons of its dog and cat foods.

A specific date range of the entire Nature’s Recipe line of 14 pet foods was pulled around the world, and the products remained off some store shelves for as long as 2 months. The packages of tainted pet food were either incinerated or buried deep in the ground in a landfill.

Described by industry analysts at the time as the largest pet food recall of its kind, the 1995 Nature’s Recipe recall was extremely costly for the company — totaling some $10 million–$15 million in expenses, not to mention significant loss of goodwill of the natural pet food’s customers.

“There are people who will never buy our pet food again,” Bennett told a reporter for The Press-Enterprise of Riverside, California.

Media reports described mycotoxin as a naturally occurring chemical “produced by a fungus in grains such as corn and wheat when cool and wet weather conditions are present.” There were no reports of pet deaths at the time of the recall, but a newspaper article a year later mentioned that “a few owners said their dogs died after eating the food.”

The 1995 and 2012 recalls were the only 2 recalls of Nature’s Recipe Pet Food, according to Petful’s research of various databases and news archives going back 40 years.

Have You Had a Problem With Nature’s Recipe?