A striking focal point of any large aquarium, the Red Tail Black Shark is a unique fish with a semi-aggressive personality.

When I kept my 55-gallon planted aquarium, I had one of these visually stunning fish. He settled in nicely and became the unrivaled boss of the community.

My Zebra Danios and White Cloud Mountain Minnows displayed close schooling behavior with a more dominant fish around. That Red Tail Black Shark claimed a cave as his own and anyone who came near got chased out of his territory.

The Red Tail Black Shark (Epalzeorhynchos bicolor) is a member of the Cyprinidae family, making them more closely related to carp than actual sharks.

They are native to Thailand, but because of excessive poaching they are thought to be extinct in the wild. They survive in greater numbers in the aquarium trade.

Known for its large black body and vivid red tail, the Red Tail Black Shark can grow up to 6 inches in length. A lifespan of 6–10 years is common, but rare reports have stated a few living up to 18 years.

Caring for Red Tail Black Sharks (also known as simply “Red Tail Sharks”) isn’t difficult, but things get a little touchy when it comes to tankmates. If my own Red Tail Shark is any example, these fish are capable of chasing other tankmates to death. They don’t do any physical damage, but they can cause extreme stress with their territorial assaults.

Swordtail fish are not good tankmates for this species, as I learned the hard way. My Red Tail Shark chased one of my Swordtails to the point that it jumped out of the tank. I didn’t find the poor thing until I looked behind the tank.

If you plan to have this fish in an aquarium, be sure that any tankmates you choose will be able to stand up to this kind of behavior. I will list ideal tankmate species below.

Yes, these fish are aggressive and territorial with tankmates. Choose semi-aggressive fish to go in a community tank that contains a Red Tail Shark.

Also, be prepared to provide plenty of hiding places for other fish to hide. Driftwood, artificial caves and plants will serve to break up the line of sight of the Red Tail Shark.

Space is the biggest factor in deciding how this fish will behave. A 75 to 100+ gallon aquarium would make a wonderful Red Tail Shark tank setup. The more room they have, the less likely they are to become fixated on chasing other fish.

What Should I Feed My Red Tail Shark?

A high-quality flake or pellet food should be the staple diet offered.

However, meatier foods are relished. Bloodworms, daphnia, brine shrimp and krill should satisfy their love of protein. Don’t overfeed meaty foods, as it could affect the health of the fish down the road.

Offer vegetables more often than meaty foods. Good additions to the diet are blanched zucchini, cucumber, peas and occasionally fruit. Be sure to remove pieces of food in a few hours before they start to foul the water.

How Often Should I Feed My Red Tail Shark?

I’ve always used the rule of thumb to feed my fish every other day. This keeps them from being overfed and cuts down on the waste buildup in the water.

For substrate, use gravel or large rocks. I used 1/4-inch gravel in my tank. I would avoid using smaller gravel because your Red Tail Shark might try to eat it.

Live plants are a great addition to the aquarium, and Red Tail Sharks don’t eat plants. They may eat some algae on rocks and glass, but they will leave plants unharmed.

The best tankmates for the Red Tail Shark are large-bodied, quick and swim in the mid- to upper levels of the water column.

My Zebra Danios and White Cloud Mountain Minnows managed to do well enough, and here are a few more suggestions. I would stick to this list because the list of fish you shouldn’t house with a Red Tail Shark is a lot lengthier:

Avoid housing with Rainbow (Red Fin) Sharks, as they will fight if within sight of each other. Don’t add any docile or peaceful fish to this tank either — they would not survive long. Also avoid any fish with a lot of red coloring, as this seems to set them off.

Finally, keeping Red Tail Sharks together is also not advised, for obvious reasons.

While I’ve ever had only one of these fish, I do believe it was a male. (How do you tell if a Red Tail Shark is a male or female? The only way to tell the difference is that the female’s abdomen will swell as she fills with eggs.)

As egg-layers, Red Tail Sharks are known to breed in rocky caves. However, because they are extinct in the wild, they are bred on farms in Thailand by way of hormonal injection.

Breeding Red Tail Sharks in the home aquarium is close to impossible because of their aggressive nature toward each other.

The process starts when the female swells with eggs, becoming more rounded than males. A week before spawning, a spawning tube appears on the male. Eventually, the female releases her eggs, and the male fertilizes them.

After 30–60 hours the fry hatch, and after 4 days they’re free swimming. They feed best on small live foods at this age.

As they grow, their color changes from silver to brown, and then to black. At 7–10 weeks, the classic red tail develops.

These 2 species are often confused with each other, but they are certainly not the same. So, what are the differences between a Red Tail Shark and a Rainbow Shark? Here are some facts:

Where to Find a Red Tail Black Shark, and What to Look For

Your local fish store should have them in stock. You can also find them in bigger pet store chains, or you can order one from an online vendor to be delivered to your door.

If you go to buy one in person, looks for signs of a healthy fish:

Younger fish may be more streamlined than adults, but you shouldn’t see any bones sticking out. Bright, clear eyes and no visible parasites are 2 more good signs to look for.

Signs of stress or ill health include:

Also, pay attention to the condition of the tank the fish are kept in:

If you see any of these signs, you may want to avoid buying fish from that location.

All tanks should be reasonably clean and well maintained. If you find a good local fish shop, they will address these issues quickly and shouldn’t be offended if you bring it to their notice.

I enjoyed having my Red Tail Black Shark in the years I kept fish, even with the trouble he caused on occasion.

What I should have done was build the community around this one fish, instead of risking the loss of more peaceful fish.

The Red Tail Black Shark is a stunning focal point, especially in planted aquariums, and I recommend them only as long as you wisely plan before you bring one home. 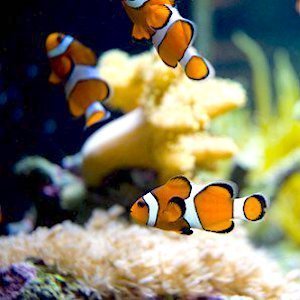 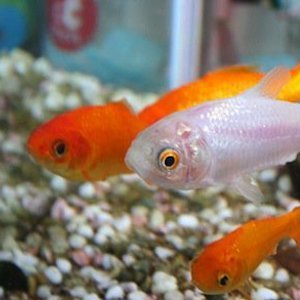 Getting Pet Fish for Children: A Quick Guide 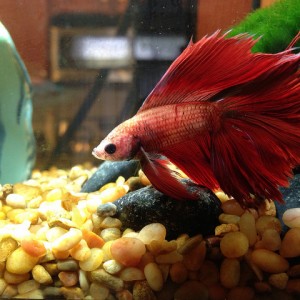 How to Raise a Healthy Betta Fish 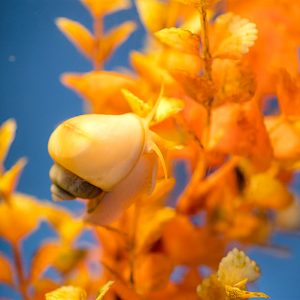 A Guide to Keeping Mystery Snails 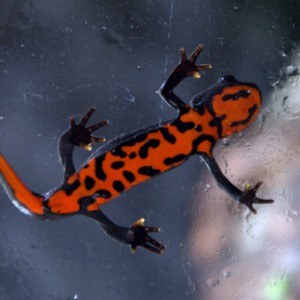