In the closing hours of his annual Cat Camp in New York City, “an electric, energetic, buzzy feeling” was hanging in the air, in the words of Jackson Galaxy, the event’s celebrity host.

“There just seems to be momentum happening,” he told the crowd.

Jackson Galaxy’s Cat Camp, recently held on June 1–2, 2019, at the Metropolitan Pavilion in New York City, is an immersive experience for cat lovers that features a summer camp–like atmosphere with an on-site cat cafe, cat yoga, arts and crafts, speakers and workshops, vendors, and more.

You can go to Cat Camp for one day, or go crazy like me and attend both days.

This was its 3rd year, and the annual cat-centric event is led (and was co-founded) by cat behaviors expert Jackson Galaxy of Animal Planet’s My Cat From Hell.

In his rousing closing keynote address, titled “The Power of You,” Galaxy wasn’t just paying lip service to the many animal lovers in the crowd who work to give animals everywhere a better life.

He was adding an exclamation point to an entire weekend that paid tribute not to any one celebrity, but to the true heroes: animal shelter workers, trap-neuter-return (TNR) advocates, animal rescuers and foster families, veterinary staff, current and future vegans, passionate kids, and everyone in attendance who will go home feeling powered up to help the animals — even if that’s just telling one person why the animals need our voice.

“If we keep doing what we’re doing,” Galaxy said, then 10 years from now, he predicted, “we’re looking at life after overpopulation” of animal shelters.

That means millions of animals saved from euthanasia due to shelter overcrowding.

Packed With Guests and Experts

Both Galaxy and Ha were at the event, along with many other special guests, such as:

This year, thanks to the support of the Petco Foundation, Petco’s nonprofit organization dedicated to animal welfare, general admission tickets for Cat Camp included access to all talks and presentations.

Therefore, every attendee was given access to information and the ability to learn the tools to become better cat caretakers, lovers and advocates.

Topics included fostering, tips for improving your cat photos, how to play with cats and even a kitten-condo-making class.

There were also plenty of adoptable kittens and cats on site to swoon over. And although cat yoga sold out quickly, there were still a few time slots available for 45-minute playtime sessions with kittens in the on-site cat cafe.

Cat Camp “is my favorite place in the world,” said a pumped-up Hannah Shaw, the tattoo-covered “Kitten Lady” who regularly shares breathtaking videos of her tiny foster kittens with her social media following.

“Every year it’s getting bigger,” she said, adding: “You guys, this is a movement!”

“Being Around Animals Will Change Your Life”

Jackson Galaxy compared the current momentum with his experience starting out — way back in the early 1980s. So much has changed in that time, he noted.

He shared that before he could take a job at an animal shelter in the ’80s, he first had to cut his long, multicolored dread locks. That got some big laughs from members of the audience, who are accustomed to seeing his shaved head on TV.

Galaxy’s initial shelter job was “just a paycheck” at first, he said. Back then, he was still holding out dreams of becoming a rock star. “Never really thought about doing anything for animals,” he told the crowd.

But it wasn’t long before his work with cats in the shelter “changed everything.”

And why did it change? Because “being around animals will change your life,” he said.

Jackson started visiting the homes of people who had adopted cats from the shelter, working with them successfully to reduce the number of so-called “problem cats” returned to the shelter.

“You have no idea how many times someone asked me what I did, and I told them, ‘I’m a cat behaviors guru,’ and they’d say, ‘Huh? Is that a job?’” he recalled with a laugh. “It was something that was just so out there.”

“It blows my mind,” he said, “that we’re entering a time where animal shelters actually can be destinations.”

“We can just choose to go to an animal shelter and hang out,” he said. “Just hang out. Hang out with cats, do whatever. We don’t avoid shelters.”

Galaxy shared a story from a recent episode of My Cat From Hell, where he visited a prison in South Carolina that has a “cat dads and dog dads” program where prisoners are allowed to foster pets. The animals come from local shelters with “100% kill rates.”

The prison program has been wildly successful.

“I’ve never seen anything like it,” he said. “The cats were walking around in the cell block, just like, ‘Hey, what’s up, guys?’ They’re the most incredibly social cats.”

“I’m talking to this one guy, about 30 years old, out in the prison yard” — it was an off-camera moment, Galaxy explained, so you won’t see it on TV — “and he said to me, ‘I have been locked up in this place since I was 18 years old, and I’ll probably die here. I’ve made my mistakes. About a year ago, they assigned me a dog, and for the first time in my life I knew what love was.’”

The lives of the inmates, as well as the dogs and cats in their care, are being changed forever. And that’s the power of the human–animal bond.

Raising Money for the Animals

Jackson Galaxy’s Cat Camp, which first took place in 2017, was created to bring cat lovers of all kinds together under one roof.

As a result of the 2018 event, animal rescue groups placed 75 cats who were featured in the adoption area into loving “furever” homes, and more than $10,000 was raised for the nonprofit groups involved.

You can visit catcampnyc.com for more information. 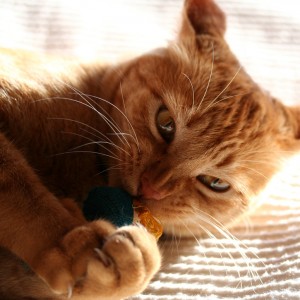 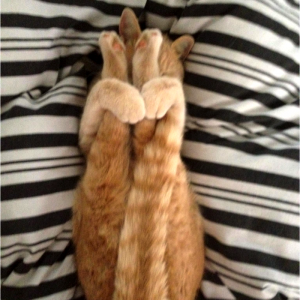 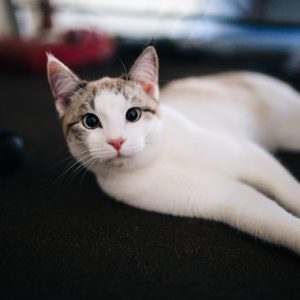 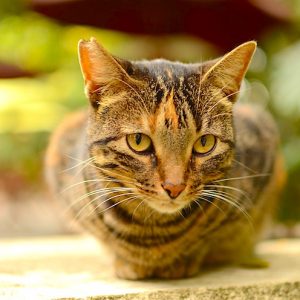