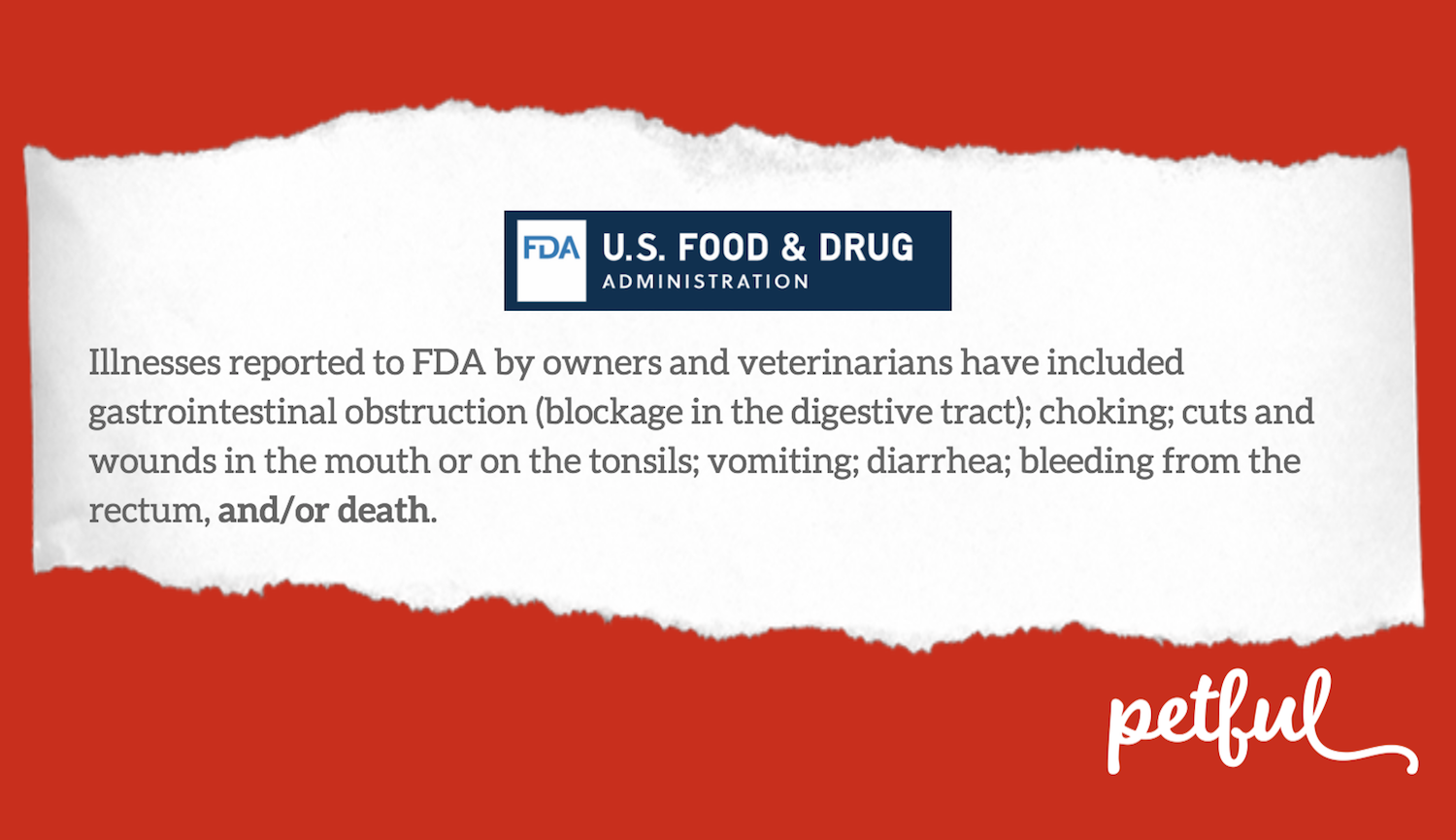 Whatever you give your dog this holiday season, don’t make it a trip to doggie ER.

A recent alert from the U.S. Food and Drug Administration (FDA) warns that processed bone treats are responsible for a worrying rise in cases of death and illness in dogs.

Readily available and cheap to buy, these bone treats look tempting enough, but you should leave them on the shelf.

These bone treats are butcher’s bones that have been smoked or baked and then packaged to be sold as commercial treats. The bones may also have had smoking flavorings, preservatives and seasonings added.

The FDA is investigating 9 “faults” with these products, including bones that splinter when the packing is opened and mold on the bones. In reality, this translates as sick dogs — 90 to date, of which tragically 15 dogs died.

A Worrying Rise in Problems

The hazards of feeding bones to dogs are well known and, indeed, controversial.

The trouble with these bone treats in particular is that they can lull a pet parent into thinking they are safe for a dog to chew. The branding and appearance on pet store shelves give them an appearance of respectability that just isn’t there.

Yesterday’s report from the FDA cited 90 sick dogs, in contrast to a 2015 FDA report where 45 dogs became ill as a result of eating bone treats. The problem is not new, but the number of dogs affected is rising.

It is perhaps no surprise then that 2015 marks the peak of the scandal where jerky treats were responsible for the deaths of over 1,000 dogs. Could it be that people are looking for new alternative dog treats, and switched from jerky to bones, hence the jump in bone-related illness over the past 2 years? 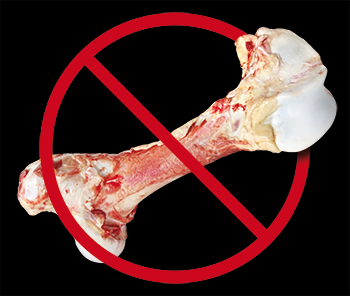 For the skeptical among you who feel this warning is overprotective and over-reactionary, the cold hard facts are that bones can and do kill dogs, as we’ve discussed here on Petful before.

Real dogs have real problems because of these treats. Specifically, the FDA is following up on dogs who had these issues:

“But … Eating Bones Is Natural”

The FDA goes so far as to caution against giving bones to dogs, period. This advice is nothing new, and is due to the risk of bone shards piercing the gut or causing obstruction. Happily, many people are aware of this advice and take pains to avoid giving bones to their pets.

Of course, bones are a good source of calcium, so they do have a place in a balanced diet. However, some bones are riskier than others, and any bone comes with a certain degree of hazard.

As a rule of thumb:

Bones are like automobiles: essential, but deadly when used in the wrong way.

Heed this new FDA warning and stay clear of bone treats. As to the wider debate about the safety of bones and dogs, let’s just say that for an uneventful holiday season (in a good way!), give your dog a chew toy instead.

This pet health content was written by a veterinarian, Dr. Pippa Elliott, BVMS, MRCVS. It was last reviewed Nov. 29, 2017.