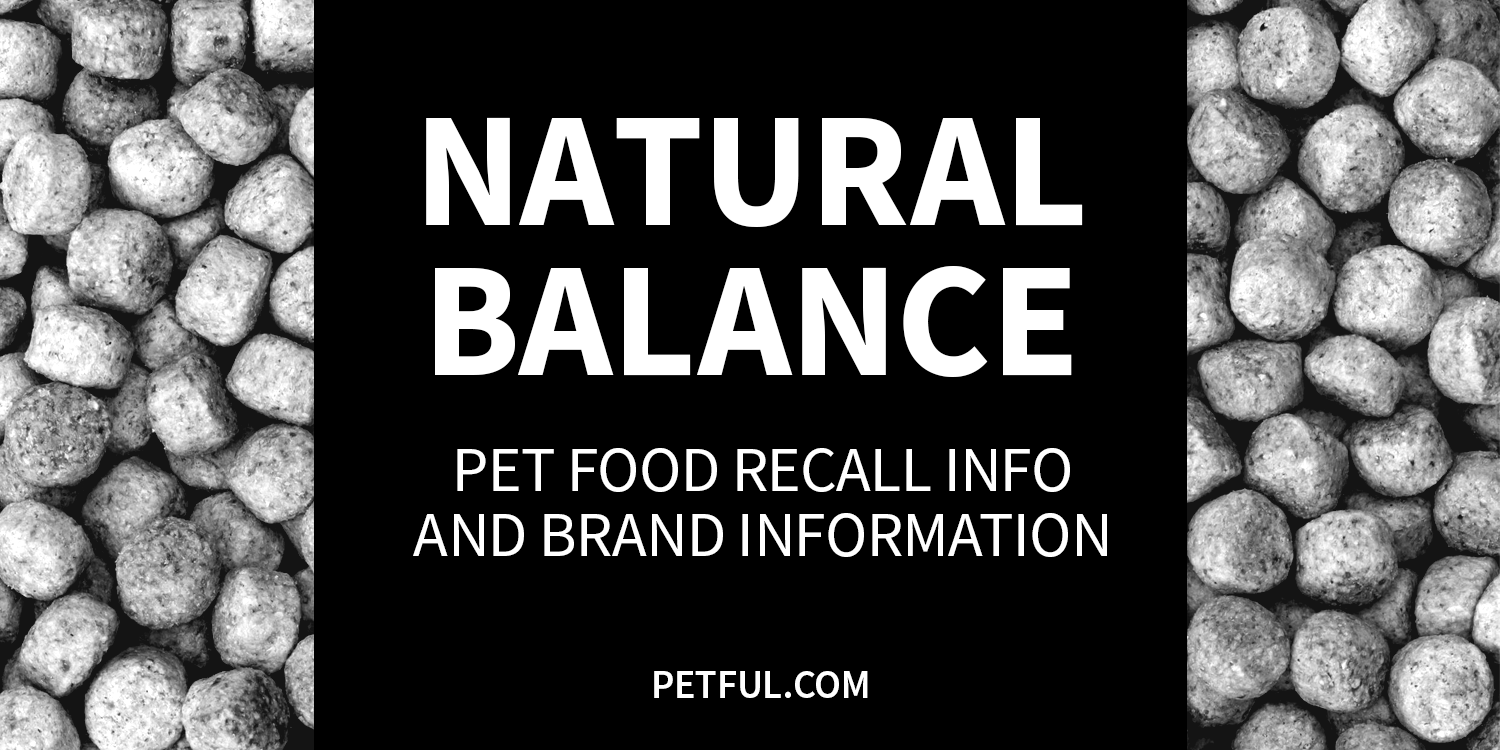 Developed and owned by Dick Van Patten and Joey Herrick in 1989, Natural Balance pet foods strives to provide nutritional, good food for pets. Natural Balance partnered with Petco to honor dogs who have served in the military, raising over $1 million for the cause.

Patten, the actor and animal welfare advocate whose name graces every package, died in summer 2015.

Has Natural Balance Ever Been Recalled?

Yes. This pet food brand has had a few recalls over the years.

But before we go into the full recall history for Natural Balance, we first want to alert our readers to the fact that, in late June 2019, the U.S. Food and Drug Administration (FDA) identified Natural Balance as one of 16 pet food brands that may be linked to heart disease in dogs and cats. None of those 16 brands have been recalled as part of the agency’s ongoing investigation, though. Most, but not all, of the pet foods are “grain-free” and/or dry (kibble) dog food formulations. The FDA says this is a “complex scientific issue that may involve multiple factors,” and that it cannot even be certain that diet is a cause of the heart problems. For full details, see our article on the subject.

Also, in 2010 and 2012, there were recalls because of potential salmonella contamination. The full list of Natural Balance recalls appears below.

Cause: Potential for salmonella. Announcement: FDA report dated May 4, 2012. What was recalled: The following Natural Balance dry dog foods:

Cause: Potential for ofbotulinum (bacteria that causes botulism). Announcement: FDA report dated July 21, 2007. What was recalled: 15 oz. cans of the following varieties of Natural Balance Eatables for Dogs:

Have You Had a Problem With Natural Balance?

View posts by Petful
At Petful®, founded by Pulitzer Prize–winning journalist and editor Dave Baker, we are on a mission to give our readers the best, most accurate information to help their pets live happier, healthier lives. Our team of expert writers includes veterinarians Dr. Debora Lichtenberg, VMD, and Dr. Pippa Elliott, BVMS, MRCVS, among others. Petful is also the leading independent source of U.S. pet food recall information on the web. Learn more about the amazing team behind Petful here: Meet the Team.