Keeping wildlife as pets is controversial — and often illegal.

Some people swear by these pets. Others caution against keeping wildlife as pets because, unlike dogs and cats, these animals do not have a long history of domestication.

Raccoons fall into the category of wildlife kept as pets. And it’s certainly not unprecedented: Even U.S. President Calvin Coolidge and his wife had 2 pet raccoons during his time in the White House.

But raccoons are wild animals, so there are a number of challenges to having a pet raccoon in your house.

Raccoons are susceptible to a few illnesses that are zoonotic, meaning they can be passed to humans. One of the most serious and deadly of these is rabies.

According to the World Health Organization, rabies is “almost always fatal following the onset of clinical symptoms.” Obviously, this presents serious concerns when you’re keeping a raccoon as a pet.

Dr. Ned Gentz, DVM, DACZM, writing for VetzInsight, says, “Raccoons are the most common wildlife species to become infected with rabies. Rabies scares me a lot.”

Raccoons can carry the worm Baylisascaris procyonis, an intestinal roundworm that humans can contract.

“Once ingested, the eggs hatch into larvae and travel throughout the body, affecting the organs and muscles. This infection can be fatal,” she says.

Other illnesses that raccoons can carry (and pass on to you or your other pets):

Raccoons display a wide variety of temperaments. Some are aggressive and territorial; others are friendly and curious; and still others may turn and flee at the first opportunity.

“Once they hit sexual maturity at about 6 months of age, they are no longer gentle and cuddly,” says David Seerveld, a wildlife expert, who warns that “suddenly and without warning” your formerly friendly pet raccoon could “bite your face off.”

He adds: “I’ve heard of many cases in which people keep pet raccoons and suddenly find themselves under attack without warning one day. Yes, there are exceptions, and some raccoons are simply more aggressive than others. But you should not take a chance with a raccoon as a pet.”

Raccoons are intelligent animals — how else would they manage to get into so many “animal proof” trash containers?

Their dexterous, long-fingered paws allow them to perform many tasks, such as opening latches and doors, unscrewing lids from jars, and more. You can imagine the havoc a raccoon can wreak on an unsuspecting household.

“Everyone agrees that this is the messiest pet alive,” says Seerveld. “Raccoons don’t just eat their food or drink their water — they spread it all over the place. They climb, and they pry open cabinets and take things apart.”

“It may sound cute,” he adds, “but it means that if a raccoon is in your house, it will destroy a lot. They are best left in a large pen with lots of toys and things to climb.”

Finally, raccoons are nocturnal, which means they are most active at night.

And, being omnivorous, they may attack your other pets. “Raccoons are potential predators of domestic pets, including small cats and rabbits,” warn Stanley Gehrt, Seth Riley and Brian Cypher in their book Urban Carnivores.

Because raccoons are carriers of rabies, more than 20 states ban pet raccoons.

Some states require a permit to keep raccoons as pets, while others, like Arkansas, allow you to keep up to 6 raccoons.

If you have a pet raccoon in a state that prohibits this, authorities may remove the animal from your home and issue a fine. This puts the animals at a disadvantage — having been at least partially domesticated, they will unlikely be able to fend for themselves in the wild.

Before taking a pet raccoon into your home, be sure to thoroughly investigate your state’s laws.

And please, never bring home a wild raccoon — even a baby one. The animal will be unvaccinated, untested and unused to human contact — and, again, potentially dangerous.

If you come across an injured raccoon, contact your local wildlife care center for assistance.

This rescued pet raccoon fits right in with his dog family:

When you’re deciding whether or not a raccoon is a good pet for you, ask yourself these questions:

“Raccoons are big biters,” says Dr. Gentz. “They are prone to biting whenever they feel threatened, so be prepared that this may happen, because it will.”

He suggests plenty of socialization early on. “The more raccoons get used to being handled a lot from an early age, the more it will help make them more social and less likely to bite,” he says. 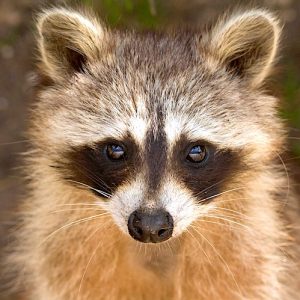 The Rabies Threat Is Real for Pets and Humans 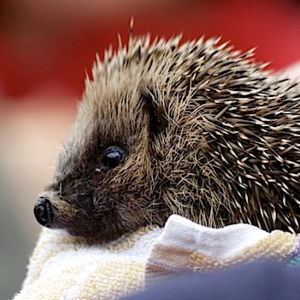 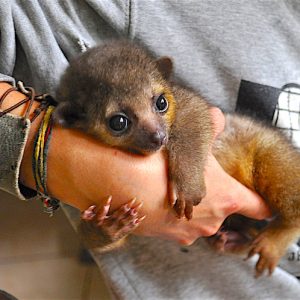 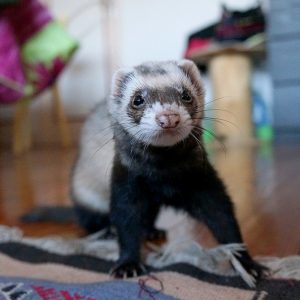 Things to Consider Before Getting an Exotic Pet 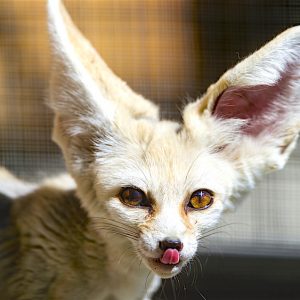 Those Ears! Here’s What to Know About the Fennec Fox.