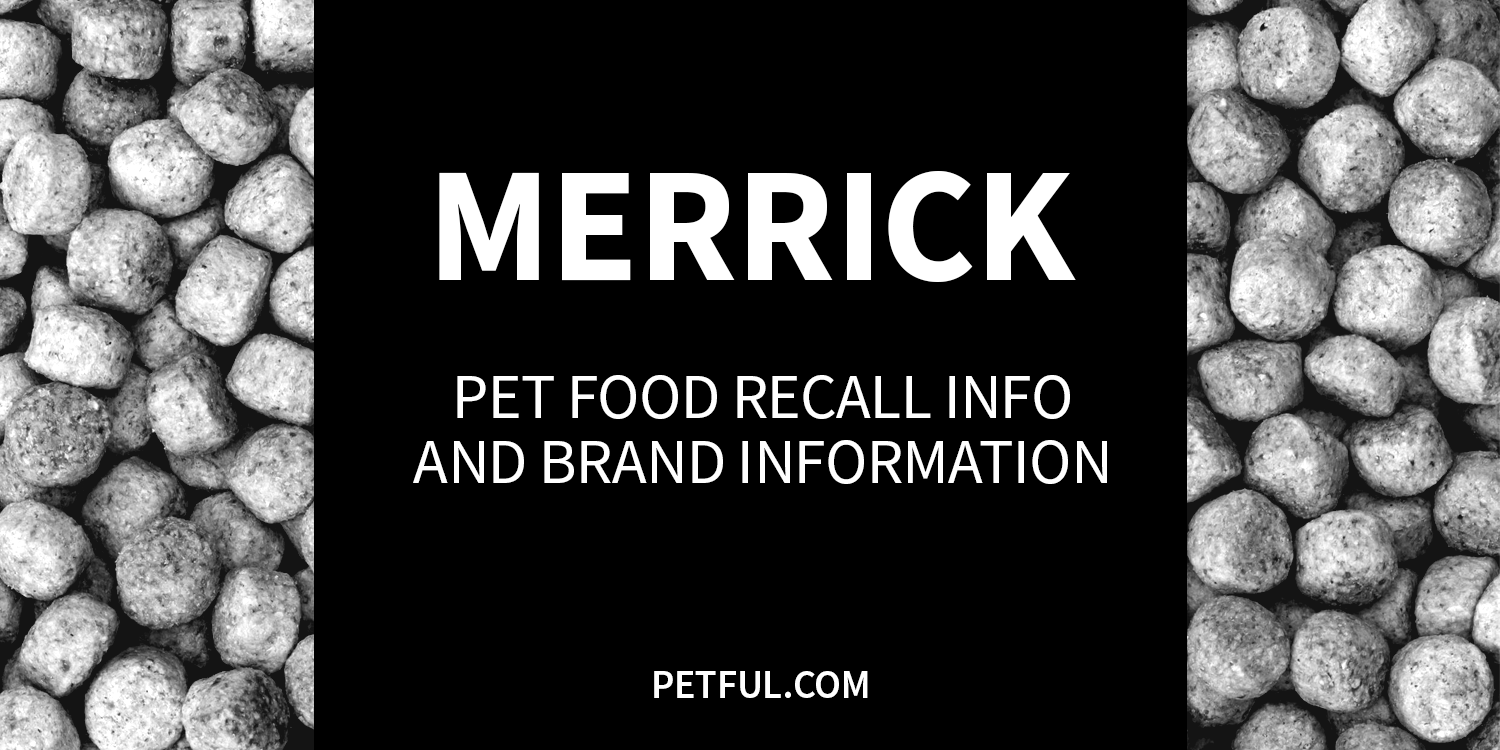 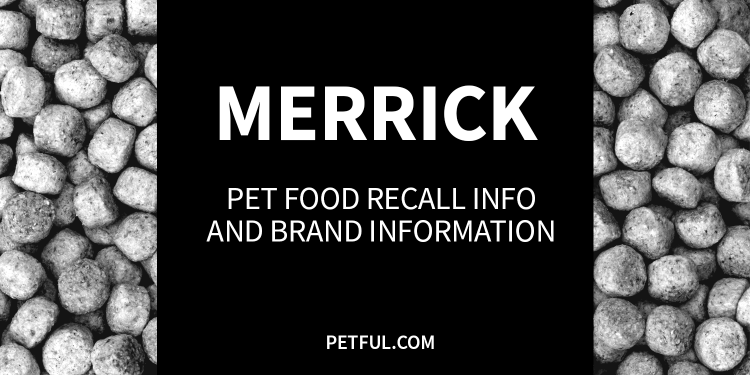 In 1988, Garth Merrick of Hereford, Texas, started making dog food in his family kitchen. Today, the Merrick brand is still named after him, although it has undergone a number of transformations.

Merrick now has more than 125 recipes. The company manufactures wet and dry pet food and treats. In 2015, Merrick was acquired by Nestlé Purina PetCare Company.

Below, we share more information about this brand’s history — including up-to-date Merrick pet food recall information.

At about 40 years old at the time, Garth Merrick undertook what seemed like a Herculean task: to formulate a dog food that was not just “natural” but also lived up to the high standards of the organic movement.

The meat and vegetables that went into Merrick’s dog food had to be raised without the assistance of fertilizers or pesticides. The Merrick family kitchen tested their new line of foods on their dog Gracie.

Merrick dipped his toes in the pet food industry by producing a single line of treats. Supported by his wife, Susie, and their 4 children, he invented what would come to be known as Flossies dog treats. Made of beef tendons, the treats were designed to clean dogs’ teeth.

Emboldened by the success of the treats, the Merrick family then developed dog food products. “We like to believe that we’re offering the finest dog food on the market at the lowest possible price,” Merrick told The Associated Press in 1990.

The Merricks helped consumers anthropomorphize their dogs by naming their dog foods after dishes that humans serve themselves, like “Smothered Comfort” and “Grammy’s Pot Pie.”

Riding the tall wave of increasing demand for organic products, Merrick pet food became a bona fide mom and pop success story, growing to employ 350 staffers and occupy facilities in Hereford and Amarillo, Texas, as well as Evanston, Illinois. The company manufactured both dry and canned food for dogs and cats.

By 2012, Merrick pet food and treats were available at both PetSmart and Petco as well as smaller specialty pet stores and groceries. That same year, the brand became the only line of organic wet and dry pet foods certified by the USDA National Organic Program.

In 2015, Nestlé Purina PetCare Company bought Merrick from Swander Pace Capital, a deal that was met with howls of protests by pet parents.

The gist of these complaints was that consumers had loved both the small local production and the guarantee of natural ingredients that Merrick had offered.

Here’s a sample of blistering customer criticism after the buyout:

Nestlé Purina spokespeople responded, on Twitter, that it would continue to make the dog food using only fresh ingredients. A news release stated that there were “no planned changes” to the product line.

Garth Merrick went on record as saying he had complete faith in Nestlé Purina to carry on the tradition of quality pet food that he had spearheaded.

“I believe Nestlé Purina is the right company to take what I along with others have built to the next level,” he said. “I’m proud my name will continue to be on the door as we remain committed to making the best food for the best pets ever.”

In the next section, we discuss Merrick’s pet food recall history.

Has Merrick Ever Been Recalled?

Yes. In May 2018, some Merrick beef-based dog treats were recalled because of potentially elevated beef thyroid hormone. The company said it was aware of a single customer complaint of a sickened dog. The affected treats were sold around the country through pet specialty, grocery and online retailers, with limited distribution in Canada.

Several years earlier, the U.S. Food and Drug Administration (FDA) conducted routine testing and found salmonella in some Merrick pet treats, triggering other recalls. Those recalls were in August 2011, January 2011 and July/August 2010. No illnesses had been reported around the time of these recalls.

In October 2003, there was a recall situation that did not directly involve any Merrick brands, but it did involve a dry dog food that had been manufactured by Merrick at its facility in Texas. The food was Go! Natural, and it was tied to the deaths of 20-plus dogs in the San Francisco Bay area.

Go! Natural (a brand belonging to Petcurean, a Canada-based company) had contracted with Merrick in June 2003 to manufacture the pet food. Just months later, complaints were rolling in of dogs being sickened with serious liver problems after eating the food. Petcurean issued a recall. After an investigation, the FDA found that the food contained undisclosed BHA, though this alone was not “a definitive cause” of the liver problems experienced by the dogs — in fact, no such definitive cause was ever found.

However, a class-action lawsuit was filed against Petcurean, Merrick and the retail chain where the pet food was sold, Pet Food Express. That lawsuit was dismissed. Later, though, Pet Food Express served Petcurean and Merrick with a reported multimillion-dollar lawsuit, seeking reimbursement of refunds and veterinary bills it had paid out to customers. That suit was settled out of court in 2007.

In September 2002, consumers in Canada were warned not to buy or use certain Merrick beef steak patty pet treats because of possible salmonella contamination. Canadian health officials were following up on reports that at least 5 people in Calgary were sickened after handling dog treats. This appears to have been a Canada-only recall of a few hundred cases of the beef patties, and no other Merrick products were affected.

We also want to alert readers to the fact that, in late June 2019, the FDA identified Merrick as one of 16 pet food brands that may be linked to heart disease in dogs and cats. None of those 16 brands have been recalled as part of the agency’s ongoing investigation, though. Most, but not all, of the pet foods are “grain-free” and/or dry (kibble) dog food formulations.

The full list of Merrick pet food recalls appears below.

Cause: Potential for elevated beef thyroid hormone. Announcement: Company news release dated May 23, 2018 (archived here). What was recalled: The following beef dog treats, but only the ones with “best before” dates falling between May 1, 2017 and Sept. 1, 2019 :

Cause: Potential for salmonella. Announcement: FDA reports dated July 2, Aug. 3 and Aug. 16, 2010 (archived here). What was recalled: All lots of the following Merrick treats:

Have You Had a Problem With Merrick Pet Food?