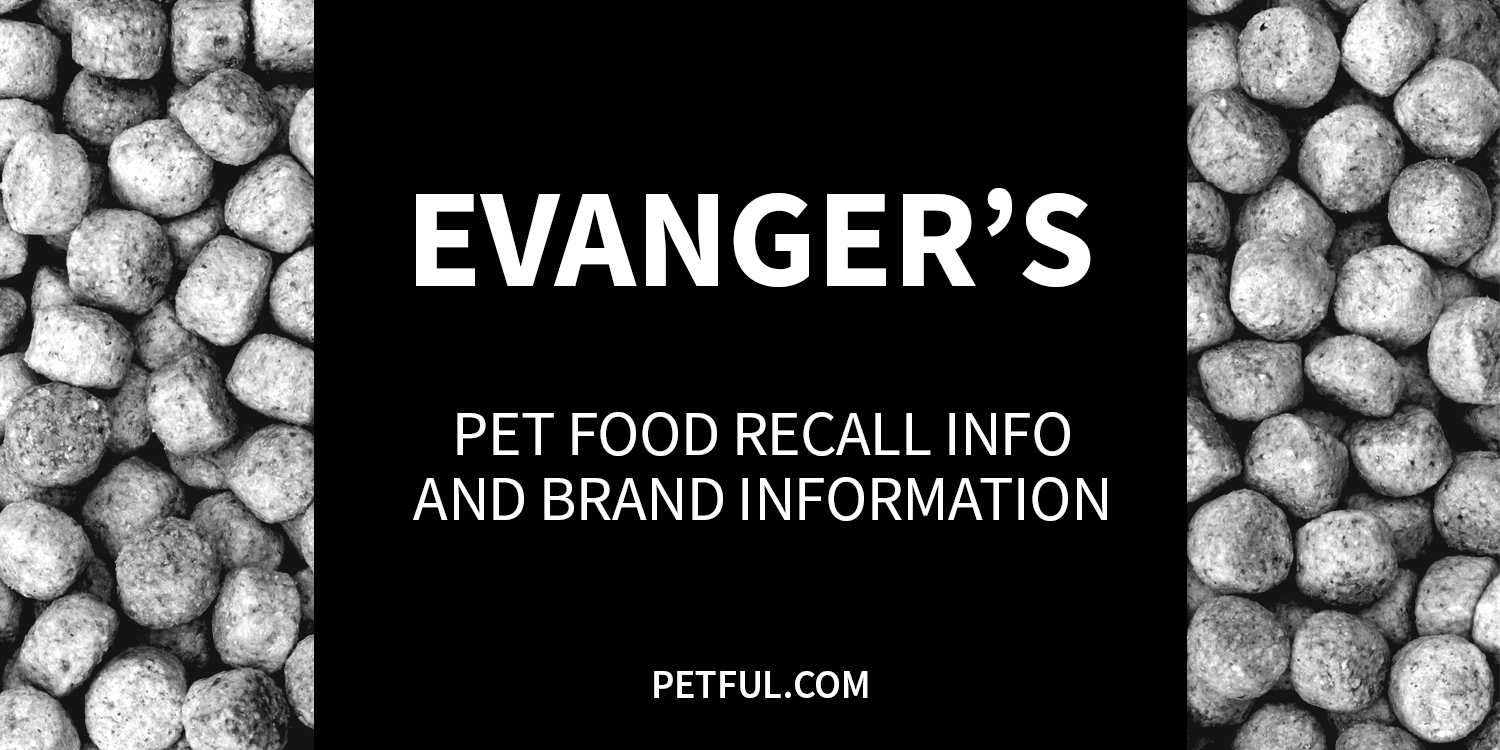 Evanger’s Dog & Cat Food Company, Inc. was started by Fred Evanger in 1935. He wanted a better nutritional food for his Great Danes, whom he bred and exhibited. He built a factory at the kennel so he could make and can his own dog food on site.

The company is still family-owned and operated and was the first pet food company to hand-pack its canned foods.

Has Evanger’s Ever Been Recalled?

Yes. In February 2017, a dog died after reportedly eating Evanger’s Hunk of Beef canned dog food. Testing turned up pentobarbital, a drug administered for euthanasia, in the dog’s stomach.

According to the FDA, “Pentobarbital can affect animals that ingest it, and possibly cause side effects such as drowsiness, dizziness, excitement, loss of balance or nausea, or in extreme cases, possibly death.”

The full recall information appears below.

The company first issued a limited recall, then eventually expanded it into a full recall of 3 separate varieties of pulled-beef canned pet foods from both Evanger’s and Against the Grain.

Dog food recalls are one thing, but what was so horrifying about this one was the nature of the possible contaminant: a barbiturate called pentobarbital, which doubles as a euthanasia drug.

According to the FDA, “Oral exposure to pentobarbital can cause side effects such as drowsiness, dizziness, excitement, loss of balance, nausea nystagmus (eyes moving back and forth in a jerky manner), inability to stand and coma.”

Petful wrote a comprehensive, 3-part article breaking down exactly what happened: “Evanger’s Recalls 2017: How Did a Euthanasia Drug Get Into Dog Food?”

Have You Had a Problem With Evanger’s?