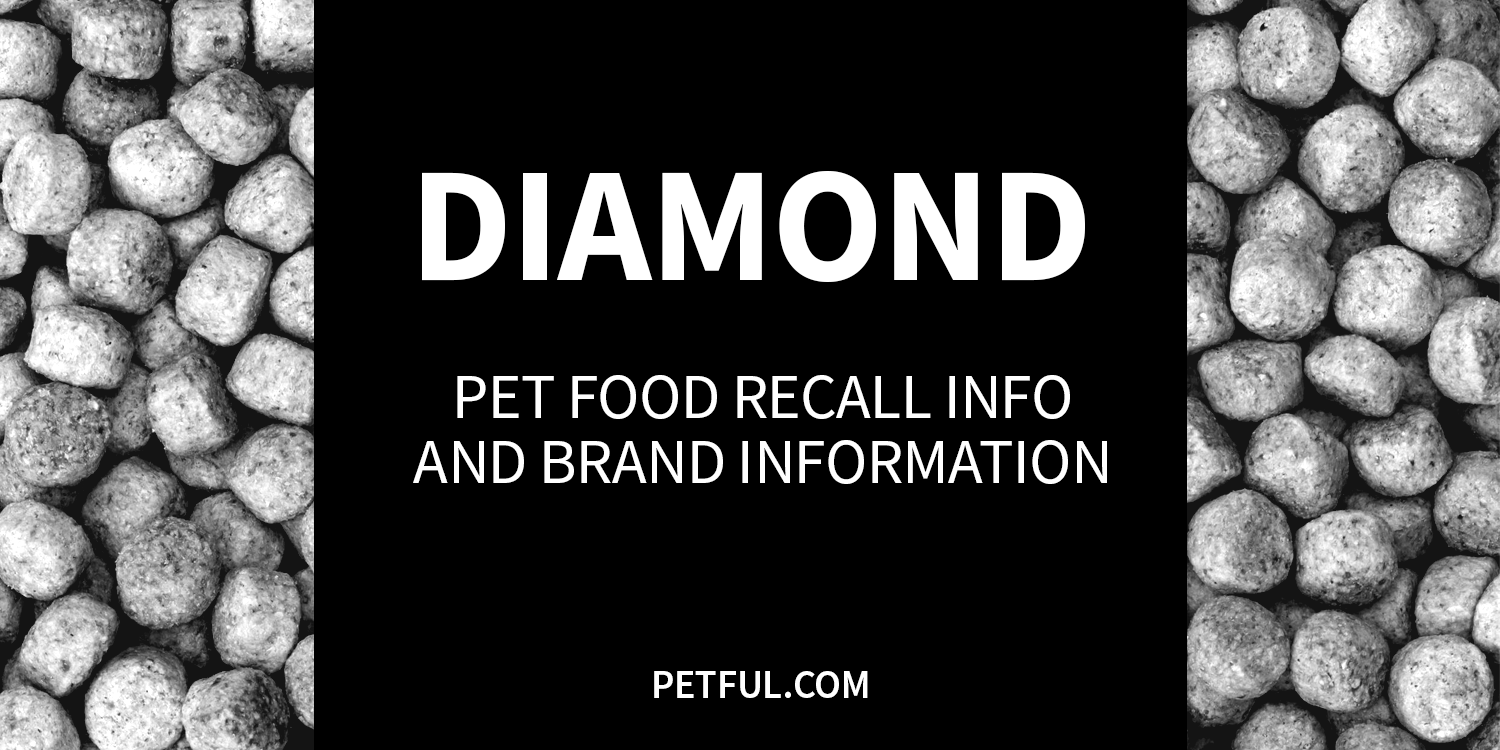 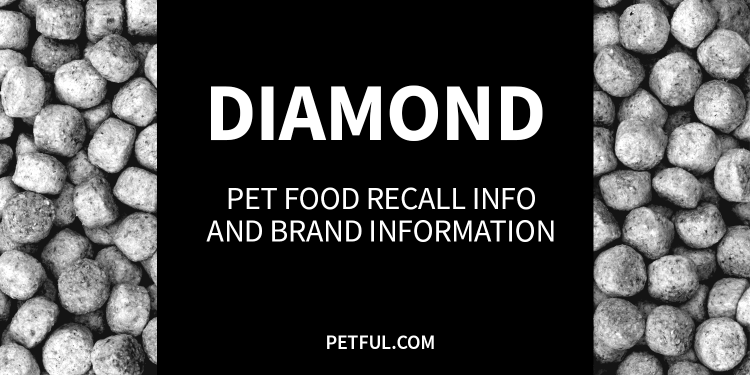 Diamond Pet Foods is owned by a company called Schell & Kampeter Inc. In 1970, brothers-in-law Gary Schell and Richard Kampeter started Diamond on the premise that premium pet food should be affordable.

Diamond says it is committed to “constantly developing new and innovative products and processes to ensure your pet is getting the very best nutrition possible.”

Below, we share more information about the history of Diamond brand pet food — including up-to-date recall information.

The History of Diamond Pet Foods

With a dream and some bootstraps, 2 brothers by marriage started a small animal feed production that is now a billion-dollar business.

Diamond Pet Foods had its humble beginnings in Missouri, close to the homes of Gary Schell and Richard Kampeter. The brothers-in-law bought a mill in Meta, Missouri — population 220. They began operating in April 1970 under the name Meta Feed and Grain.

Until then, the mill “had been one of those hand-to-mouth local enterprises that dotted outstate Missouri, converting a farmer’s grain to flour, bran, corn meal and hog slops,” according to a feature in the Kansas City Star.

When Schell and Kampeter took over, the mill “produced mostly hog and cattle feed. But it also had a line of  dog chow, cooked in 3 big iron kettles large enough to make 4 tons of the stuff in 10 hours.”

By the early 1990s, business was booming, thanks to the specialty pet food. “Meta Feed and Grain got out of livestock feed [and] went exclusively to dog and cat chow,” according to the newspaper article.

Also, there was an important name change. According to folklore, Meta Feed and Grain came to be called Diamond Pet Foods when a hunter exclaimed that eating the dog food made his dog’s coat shine like a diamond.

From “Broke” to Millions

The business continued to grow under the direction of Schell and Kampeter — though it wasn’t always easy.

“We went broke 5 times,” Schell told the Kansas City Star. “We actually ran out of money. Once we went over to the bank, threw the keys to the place on the counter and said, ‘You take it. ‘They said, ‘No, we’ll work something out.'”

And today? As of 2020, Diamond Pet Foods was the No. 5 pet food company in the world, with $1.5 billion in annual revenue, according to data provided by Pet Food Industry.

The Second and Third Generations

Beginning in 1985, the second generation of Kampeters took an avid interest in their father’s business.

Michael, Tommy and John Kampeter started working full time at their father’s company. All 3 of them had worked in the Meta plant while they were still teens completing their education. Their youngest brother, Andy, would eventually become vice president of transportation and packaging.

When Michael Kampeter joined the company, he began taking distribution of Diamond pet products nationally. He attended trade shows and expanded Diamond’s client base. He would eventually become president of the company.

Now, Michael Kampeter has brought his son, Trey, into the business with him. Trey has become the third generation of Kampeters to work in the company.

Additional Facilities Open Across the Country

In 1999, the company outgrew its Meta plant, and another plant was opened in Lathrop, California.

Then, in 2003, the company expanded again, this time opening a plant in Gaston, South Carolina.

In 2013, the town of Ripon, California, rejoiced when Diamond opened yet another plant in that community, bringing 75 additional jobs. Rather than build a brand-new plant from the ground up, Diamond purchased a defunct paper mill for $9 million and repurposed it.

That plant is located only 15 miles from the Lathrop, California, plant. With the Ripon plant, Diamond made an important investment in renewable energy, adding solar panels and LED lights, which burn the least energy of all light bulbs.

Other brands owned by Diamond Pet Foods include:

Diamond also serves as a manufacturer for a variety of brands, such as Kirkland Signature, Solid Gold, 4Health, Chicken Soup for the Soul and many private labels.

Diamond’s most recognizable pet food brand — and its big money maker — is Taste of the Wild.

In the next section below, we discuss the Diamond pet food recall history.

Has Diamond Pet Food Ever Been Recalled?

Yes, Diamond brand pet foods have been recalled a few different times over the years.

In March 2013, a recall of Diamond Naturals cat food was initiated because of potentially too-low levels of thiamine.

In April/May 2012, a large recall event (there were several expansions of the original recall) involved Diamond and Diamond Naturals, plus several other brands. Samples of Diamond’s own pet food tested positive for salmonella, which then prompted other brands produced at Diamond’s plant in Gaston, South Carolina, to be recalled as well, such as Taste of the Wild and Natural Balance.

The 2012 recalls quickly prompted the filing of a consumer class-action lawsuit, Marciano v. Schell & Kampeter Inc. d/b/a Diamond Pet Foods et al. Not only pets but also dozens of people were sickened during the multi-state salmonella outbreak caused by the contaminated pet food.

The class-action suit alleged negligence, unjust enrichment and state law violations, among other claims. It was eventually settled for $2 million, with some consumers getting $10 checks in the mail (others received reimbursement for veterinary bills).

And finally, in December 2005, a string of pet deaths and illnesses were linked to dog and cat food produced in Diamond’s South Carolina plant. A few different brands of pet food manufactured in the plant, including Diamond, were recalled, but not before the products were shipped out nationally as well as to more than 2 dozen other countries.

The pet food was thought to be contaminated with aflatoxin, a toxic byproduct of a mold that attacks corn under certain temperature and moisture conditions. Drought, insect damage to crops, and improper storage and handling can all increase the risk of contamination.

Unfortunately, more than 100 dogs were thought to have died in 2005–2006 as a result of the tainted Diamond pet food. It remains one of the worst pet food recall events in U.S. history. Diamond vowed to reimburse customers for veterinary bills and other costs.

Steve Shrum, president of the South Carolina Association of Veterinarians, told NBC News that vets around the state became aware of the problem when puppies began showing signs of liver problems usually seen in older dogs. “It takes such a small amount, and there’s pretty much nothing you can do with the process that will inactivate that toxin once it gets in the food supply,” Shrum said.

According to a 2006 article published in the Journal of the American Veterinary Medical Association, investigators from the U.S. Food and Drug Administration (FDA) concluded that Diamond had not “adhered to its own stringent guidelines for aflatoxin testing for 12 shipments of corn that arrived at the plant in South Carolina.”

The article noted that, in order to “minimize the risk of aflatoxin contamination in the future, [Diamond] has strengthened premanufacturing monitoring of incoming corn and added additional testing of the final product to their safety protocols.”

Three years after the 2005 aflatoxin recall, Diamond agreed to a $3.1 million settlement of a consumer class-action lawsuit.

Below, we list the full details of every single Diamond recall over the years.

Cause: Potential for salmonella. Announcement: FDA report dated May 5, 2012 (archived here). What was recalled: All varieties and sizes of both Diamond and Diamond Naturals pet foods were recalled in this large expansion of the previous recall (April 2012), but only those products manufactured in the company’s Gaston, South Carolina, facility, noted in the Production Code number with a “2” or “3” in the 9th position AND an “X” in the 10th or 11th position, and only those with “best by” dates falling between Dec. 9, 2012, and April 7, 2013.

Cause: Potential for salmonella. Announcement: FDA reports dated April 6, 2012 (archived here) and April 30, 2012 (archived here). What was recalled: The following Diamond dry dog foods were among those pulled from shelves (this recall was later greatly expanded in May 2012):

Cause: Possible aflatoxin. Announcement: FDA report dated Dec. 20, 2005 (archived here). What was recalled: The following products from the company’s Gaston, South Carolina, manufacturing facility, noted with a capital “G” in the 11th or 12th character in the date code, and only those with “best by” dates falling between March 1, 2007, and June 11, 2007:

Have You Had a Problem With Diamond Pet Food?