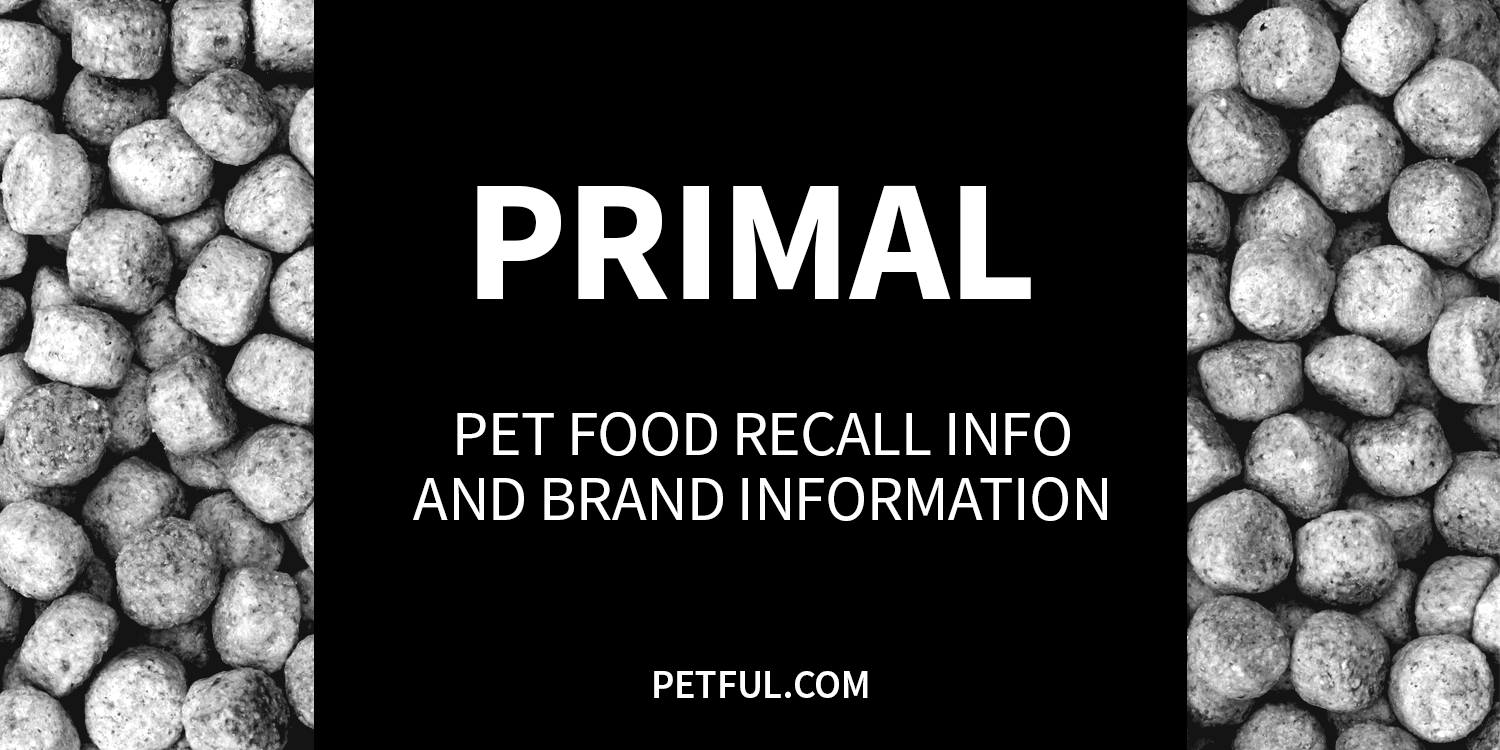 Primal Pet Foods advocates feeding your pets the Bones and Raw Food (BARF) diet. Primal believes that a diet as close to what your pet would find in the wild is ideal for optimum pet health, and in the manufacturing processes the company seeks fresh, antibiotic-free and steroid-free meats and produce.

Has Primal Ever Been Recalled?

Yes. Our records indicate there have been 4 recalls.

Most recently, in July 2022, Primal Pet Foods recalled a single lot of Primal Raw Frozen Primal Patties for Dogs Beef Formula. This recall was the result of a positive test result for Listeria monocytogenes bacteria after routine sampling by the U.S. Food and Drug Administration (FDA).

Primal disputed the FDA’s test results, saying the company “confirmed that all testing results on this single lot of recalled product were negative for Listeria monocytogenes — both raw materials and finished product — before it left its production facility.”

Fewer than 400 packages were sold to customers in Maryland, Georgia, Texas and British Columbia in late April 2022. No other lot codes or Primal products were involved.

Several years earlier, in late December 2017, Primal Pet Foods announced that a number of freeze-dried formulas of dog and cat foods were being recalled because the bone grind size “deviated from the ideal.”

A couple of years before that, in March 2015, the company voluntarily recalled limited numbers of its Feline Turkey Raw Frozen Formula for suspected low thiamine levels.

The only other recall was in May 2011, when a limited supply of the Feline Chicken & Salmon Formula in 4-pound bags was recalled because of suspected salmonella contamination.

Full details about all Primal Pet Foods recalls can be found immediately below:

Cause: Bone grind size too large. Announcement: Company announcement on social media, Dec. 22, 2017. What was recalled: Only these specific products:

Have You Had a Problem With Primal Pet Foods?