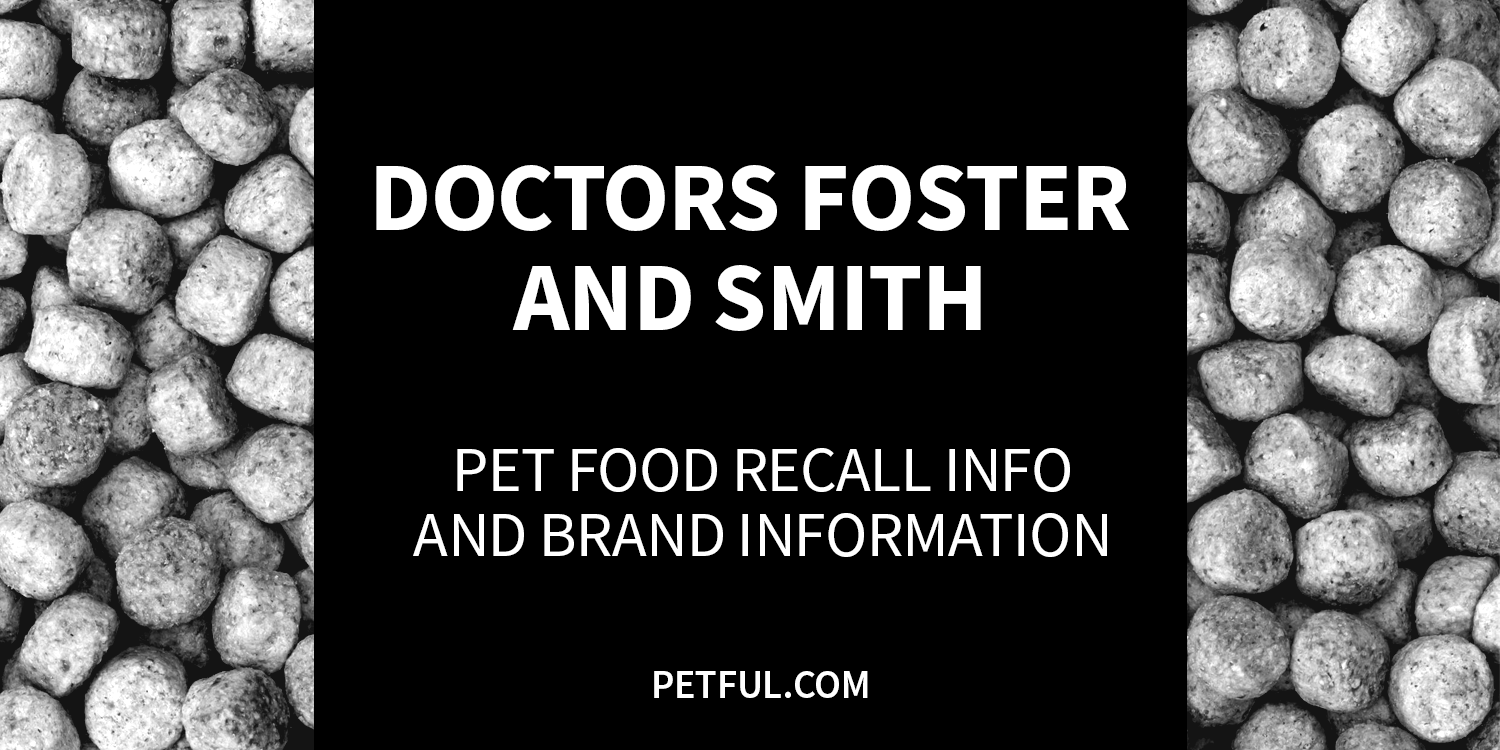 The company offered mail-order pet supplies and later added pet supplements, vitamins, pet furniture, accessories and much more. In 2002, the company began manufacturing private-label dog and cat foods. Recently the company was acquired by Petco, though the pet food remains under the familiar Doctors Foster and Smith brand name.

Has Doctors Foster and Smith Pet Food Ever Been Recalled?

Yes. Some products were among the many pet foods recalled in the wake of the 2007 melamine scare. Also, as a side note, the company issued a recall of several supplemental and nutritional products in 2010 (FDA report).

Cause: Melamine. Announcement: Company announcement dated April 25, 2007 (archived). What was recalled: Only the following:

Have You Had a Problem With Doctors Foster and Smith?