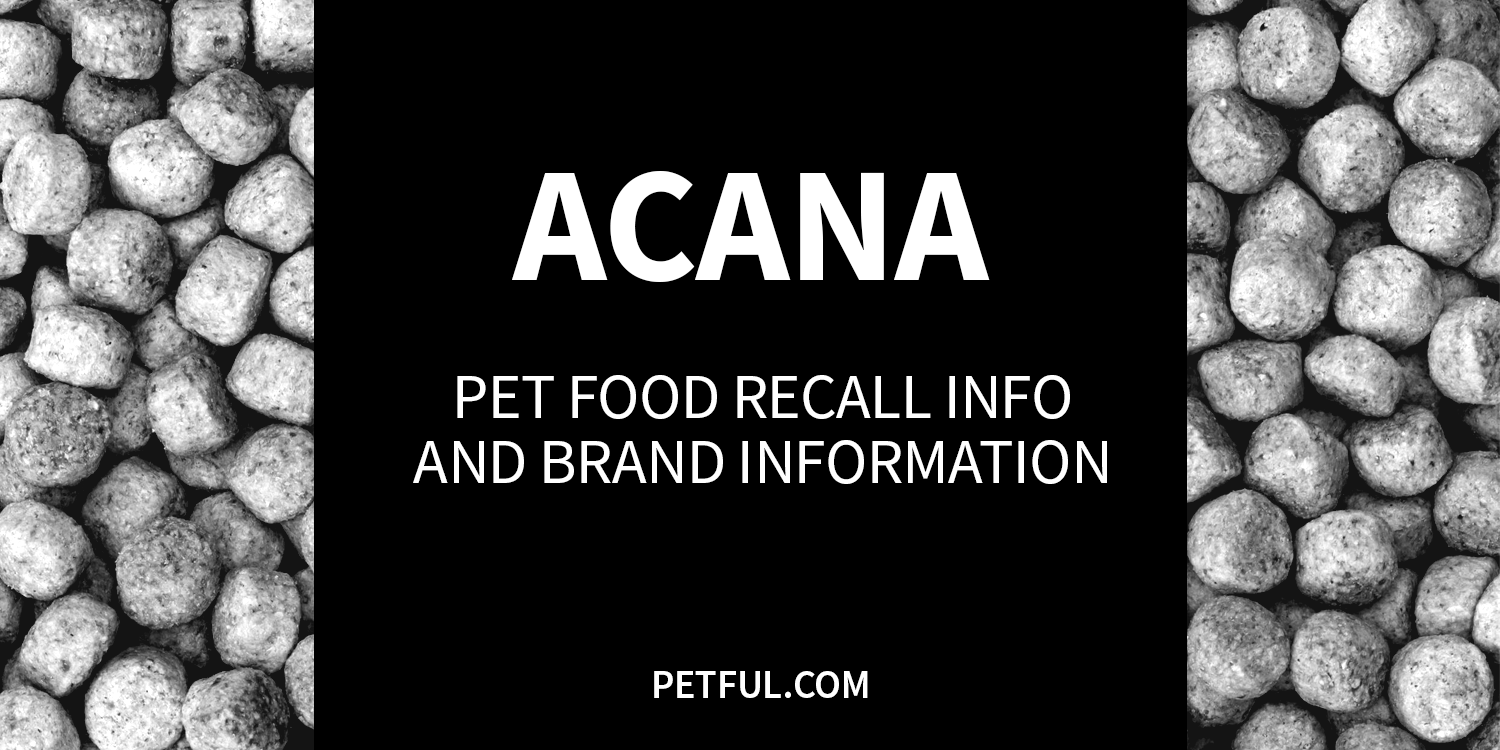 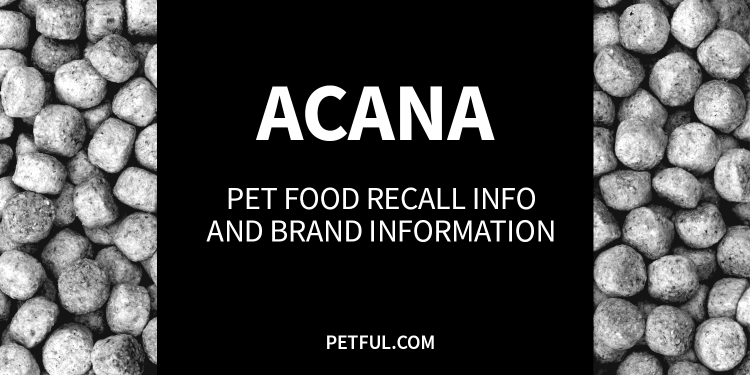 Acana is produced by Champion Petfoods, a Canadian company. The products, including dog and cat food and treats, are designed to be biologically appropriate for pets.

With roots going back to its founding in 1975 as Champion Feed Services Ltd., today’s Champion Petfoods is the pet food industry’s little engine that could. The company also makes Orijen.

Below, we share more information about the history of Acana pet food — including up-to-date recall information.

Reinhard Muhlenfeld, a German-born Canadian who was an engineer by trade, noticed in the early 1970s that animal feed was being imported into Canada from the United States.

With the thought that local is better, Muhlenfeld started Champion Feed Services Ltd. in a small factory in Barrhead, Alberta, in 1975.

He approached local farmers and businesspeople directly to find buyers for his products. The company came to be a “value-added agri-processing operation,” according to one newspaper account.

The earliest mention we could find of the Acana brand was in 2001, which happens to be the year Champion Petfoods was spun off from the feed mill as an independent company.

In conjunction with the launch, Champion trademarked the expression “biologically appropriate,” which means the food matches the specific breed of animal.

To facilitate its stellar growth, the company built a U.S. facility in Kentucky, then another in Parkland County, Alberta.

Acana vs. Orijen: What’s the Difference?

So what’s the difference between Acana and Orijen? It has to do with the amount of meat ingredients — and the price.

According to a 2016 Facebook post by the company, “Orijen has 80–90% meat, while Acana foods have 50–75%.” Orijen also has more fresh meat than Acana. The company pointed out that “both are biologically appropriate foods, made with fresh regional ingredients.”

“Although slightly lower in protein then Orijen, Acana provides an unbeatable value and price point,” according to the post.

In addition, the company has reformulated existing Acana Singles and Acana Regionals recipes over the past few years. Some of the changes involved adding more meat, reducing legumes and eliminating peas.

A few Acana recipes now feature “wholesome grains,” which are said to be “rich in fiber and highly nutritious, supporting optimum gut health.”

No other reporting has emerged on an acquisition deal, so it appears to have fallen apart. That’s great news for many fans of Acana and Orijen, who were up in arms about any deal that puts those brands under the Nestlé Purina corporate umbrella.

Has Acana Ever Been Recalled?

No. There have never been any Acana pet food recalls, according to our research.

We do want to alert readers to the fact that, in late June 2019, the U.S. Food and Drug Administration (FDA) identified Acana as one of 16 pet food brands that may be linked to heart disease in dogs and cats. None of those 16 brands have been recalled as part of the agency’s ongoing investigation, though. Most, but not all, of the pet foods are “grain-free” and/or dry (kibble) dog food formulations.

In March 2018, a class-action lawsuit (Weaver v. Champion Petfoods USA Inc. et al.) was filed against Champion Petfoods, accusing the company of “negligent, reckless” practices, false advertising, and “failing to disclose the presence of heavy metals and toxins” in its Acana and Orijen dog foods.

In January 2011, routine testing by the FDA of a single sample of Acana Grasslands dog food came up positive for salmonella bacteria.

Or … maybe not. Champion Petfoods has described it this way: The FDA concluded only that the sample appeared to contain salmonella.

Because of the test result, the FDA issued a temporary import alert on Acana Grasslands in 2011. Import alerts are issued when “the agency has enough evidence to allow for [refusal] … of products that appear to be in violation of the FDA’s laws and regulations.”

Companies whose products have been refused “have the right to provide evidence to the FDA in an attempt to overcome the appearance of the violation,” the agency says.

That’s what Champion Petfoods did. The company was convinced of its innocence because it was testing all products for salmonella before they were ever shipped out. The FDA’s test result must have been a false positive.

In a long-since-deleted FAQ from 2011 (archived here), Champion said it fully “complied with all FDA requirements, sending additional samples of Acana Grasslands Dog to a third-party FDA-certified lab. Without exception the test results from each sample tested negative for salmonella.”

The import alert was lifted soon after that. No recall was issued.

In the weeks after the crisis hit, Champion was losing around $200,000 per day in sales and was forced to lay off half of its 60-employee workforce. “It’s a brutal situation for us,” said Peter Muhlenfeld, who was then sales and marketing manager. “We couldn’t survive like this for long.”

Eventually, the company recovered and grew even stronger. Most pet parents at this point probably aren’t even aware that Champion Petfoods was ever caught up in a “mad cow” scare — and it bears repeating that Acana and Orijen were never affected by that madness.

Have You Had a Problem With Acana?