Ladybugs embedding in a dog’s mouth?

A bizarre photo that was making the rounds on Facebook in 2015 panicked quite a few pet parents.

The image, published by Hands & Paws, a rescue in Pasco, Florida, showed what looked like ladybugs embedded in the roof of a dog’s mouth. But the photo wasn’t quite what it appeared to be — those weren’t ordinary ladybugs.

The caption read, in part: “Asian beetles can embed themselves like this in the roof of your dog’s mouth if ingested.… These beetles (which look a lot like ladybugs) can be on sticks, leaves, etc. Symptoms are constant drooling for no apparent reason, and sudden horrid breath.”

After the photo went viral, the American Veterinary Medical Association (AVMA) decided to weigh in, hoping to clear up any misconceptions about “ladybugs” being a danger to dogs.

The bugs shown are actually what’s known as Asian ladybeetles, the AVMA explained. Yes, these Asian critters “can cause problems, but our ‘regular’ ladybugs do not.”

According to Dr. Eric Barchas, DVM, “Unlike native ladybugs, Asian ladybeetles may bite, and they also produce chemicals that are toxic and can cause chemical burns, and when disturbed they release a very foul odor.”

The 16 beetles were removed, and the dog recovered just fine.

And then, not long after, it happened again …

Another Dog’s Brush With Beetles

A year later, in 2016, a veterinary clinic in Kansas shared the news that another dog had been treated to remove 30–40 Asian ladybeetles from the roof of his mouth.

A vet at Hoisington Veterinary Hospital offered some advice to anyone who had to deal with this problem:

The vet also said, “I was trying to get the word out so if your pet experiences symptoms you can look in their mouth to make sure these critters aren’t in there.”

The Asian ladybeetle isn’t native to North America but was introduced as a failed method of pest control (whoops), and now the local population has spread widely over the past few decades.

The beetles are often spotted in the fall months as the weather turns colder. That’s because they have a “habit of entering people’s homes to survive the winter,” according to Michigan State University.

According to Dr. Barchas, the beetles aren’t attacking dogs — rather, it’s the other way around.

“Dogs, being dogs, may eat large quantities of them when they find them. Some of the beetles may hang on and become embedded in the mouth when this happens,” he explains. 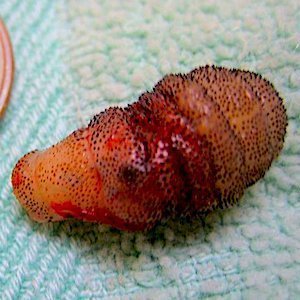 Meet the Cuterebra. It Will Haunt Your Dreams. 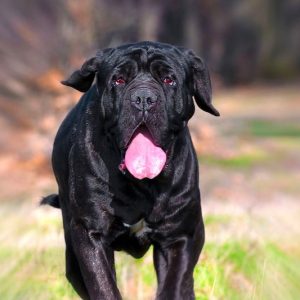 10 Biggest Dog Breeds in the World 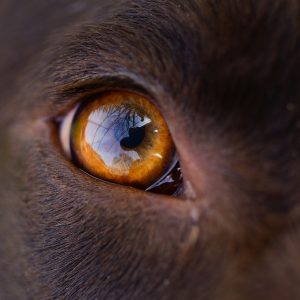