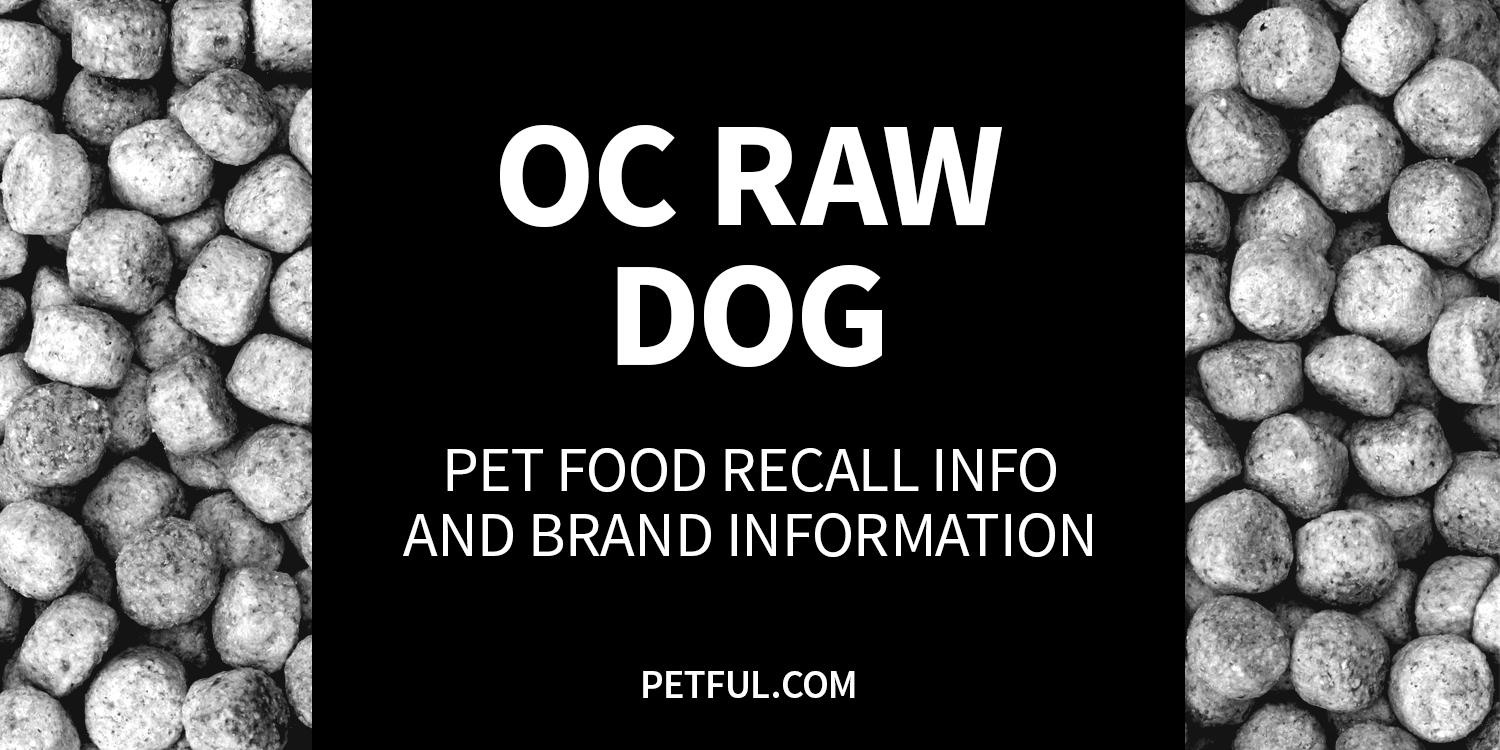 OC Raw Dog was founded in 2008 and incorporated the following year by Olivia Hudson and her family of dog breeders and enthusiasts.

Gatherings to grind meat and prepare homemade dog food were routine, and eventually demand surpassed supply. The family members started manufacturing the raw diet on a much larger scale and still make the formulas in California.

Has OC Raw Dog Ever Been Recalled?

Yes. In April 2018, a pair of voluntary recalls were announced on the same day — one for potential listeria contamination, and the other because some sardines were too large. According to the FDA, larger fish carry a higher risk of botulism poisoning, which could be deadly to pets.

Previously, OC Raw Dog had 2 separate recalls in 2015 for products that may have been contaminated with salmonella.

Full details of all OC Raw Dog recalls appear below.

Cause: Potential for listeria; potential for Clostridium botulinum. Announcement: FDA announcements dated April 20, 2018 (archived here and here). What was recalled: The following products:

OC Raw Dog announced the above as 2 separate voluntary recalls. The Chicken, Fish & Produce Raw Frozen Canine Formulation had the potential for listeria contamination — a state agriculture department reported a positive test for listeria in a sample of the food.

The second OC Raw Dog recall, for the Freeze Dried Sardines, stemmed from the fact that the fish were larger than the FDA compliance guideline of 5 inches. The federal safety agency says larger fish like this carry a higher risk of botulism poisoning.

Have You Had a Problem With OC Raw Dog?