Dog parks are a fantastic solution for dogs in need of extra exercise and socialization.

For some dogs, it’s a veritable puppy playground: Humans mill around the perimeter while the pups romp through the park with their other canine friends.

But are all dogs suited to that environment? No, they’re not.

To help your pet reap all the benefits of a group playdate at the park, make sure the conditions are right.

Off-leash dog parks are both a blessing and a curse. Between the hordes of strange dogs milling about and their inevitably clueless humans, the potential for disaster is high.

Not all dogs belong at the dog park — it’s just the plain truth.

Visiting the park would be a lot more pleasant if everyone followed a few basic rules of etiquette.

When to Avoid the Dog Park

Don’t take your dog to the park in any of the following circumstances:

With these things in mind, use your best judgment.

Note that unvaccinated and aggressive dogs may not be able to visit the park with the other pups, but you should still make sure they get plenty of exercise to keep them active and happy.

Many dog parks have “regulars” — that is, the same dogs (and their humans) regularly visit.

Those dogs often form friendships and become something of a pack. Don’t be surprised if your pup gets rushed by 10 or more dogs on your first visit. It can be overwhelming, but a new visitor is always worth a sniff for these veteran dog park pups.

After a few visits, you can begin to see where your dog falls in the pack order. Is yours playing with the other regulars — or avoiding the pack altogether?

Signs that your dog isn’t part of the group dynamic:

If your dog isn’t quite fitting in with the pack, consider choosing another park or another time of day.

So your dog doesn’t get along with the park regulars?

That doesn’t mean you can’t both take advantage of the park — you just have to tweak your schedule a bit:

Most of us don’t have a dozen dogs at home, so predicting how yours is going to react to a stampede of new dogs is often hard to gauge.

And if you dive into the dog park arena without prior playdate experience, the difference between playful and threatening body language may be unclear.

Take some cues from other puppy families:

Dog play can sometimes look rough, but the dogs probably are just having a great time. Expect to notice some dominant or submissive behavior, but keep a close eye if a situation starts getting out of hand with another dog.

We humans need our evenings out as much as our dogs need a little socializing once in a while.

Your dog might act like you’re the cat’s pajamas, but they can still tire of a dull, everyday routine.

The dog park can give them that boost of playtime and exercise that they need. If your dog isn’t a social butterfly, take advantage of the park during the slower hours.

Rules of etiquette should be followed in almost every social setting — family dinners, birthday parties, concerts and, yes, even dog park gatherings.

Forgetting that you aren’t the only one enjoying the park could end up making you look rude or dumb.

To get the most out of your and your pup’s visit, it’s time for some dog park etiquette. Avoid making these 5 dumb mistakes:

Dog Park Mistake #1: Not Cleaning Up After Your Dog

This should never happen, for a few reasons:

Not picking up waste can put other pets at risk.

Many parasites and illnesses are spread through feces, so it’s important to keep other dogs from walking through it or even eating it (gross). Not to mention, someone could step in your dog’s mess. No one likes stepping in dog poo.

Almost all dog parks include in their list of rules a few visitors who are not welcome:

While keeping aggressive and sick dogs at home is a no-brainer, not everyone knows about the dangers of taking a dog in heat to the dog park.

Even if your dog is the only unaltered pet, she can still draw lots of unwanted attention from other dogs. This can lead to fights and, if she comes across an intact male dog, your girl could wind up pregnant.

Dog Park Mistake #3: Not Paying Attention to Your Dog

For those of us without a fenced-in yard, a dog park can be a liberating place where your pup can run without a leash and socialize at the same time.

Even though the gated fence means you don’t have to worry about your dog running away, it doesn’t mean you can be glued to your phone’s screen and ignore your pet completely.

Interact with them — throw the ball and take some pictures. You can even socialize with other people there.

But always check on your dog from time to time. It’s your responsibility to clean up after your pet — or grab them when they try to slip out of the gate as another dog enters the enclosure (this happens a lot).

Enjoy the freedom of the park, but always be responsible.

People with newly adopted dogs or puppies who aren’t entirely used to the dog park dynamic often overreact to their pet’s new playmates.

If you’re not familiar with how dogs behave in social environments, then don’t be surprised when dogs at the park are:

Before becoming the overbearing parent who shoos away the other playful dogs, sit back and take cues from the other humans.

Your dog will benefit from the social time, and you might learn a thing or two about dog play.

Dog Park Mistake #5: Picnicking Next to the Dogs

Recently, we watched a couple of women walk into a busy dog park, unleash their dog and sit down on the bench to eat fast food.

Predictably, the smell of that yummy food attracted all of the park’s furry guests.

The women chatted and ate, oddly oblivious to the pack of dogs sitting around them, begging for a scrap.

They finally finished eating, but not before half the dogs were leashed and removed from the park after the distraction ruined the fun for everyone. The purpose of a dog park is not for you to eat lunch — it’s to give pups a place to run safely and play with other dogs.

The simplest way to avoid making a mistake is to be courteous and consider your actions when you’re in the dog park. It’s there for everyone to enjoy.

This next section of the article is a personal story about why dog parks just aren’t right for some dogs.

Part 3: Why My Pup Is Done With Dog Parks

This section of the article was written by Dr. Debora Lichtenberg, VMD.

Dogs of all colors, makes and models gleefully frolicking together.

That was my vision for my little rescue, Coco, when we moved one block from a dog park in New York City.

There was only one problem with Coco’s debutante debut: She hated the social scene.

In trying to make Coco part of dog park society, was I doing this for her or for me?

I loved the jabbering, coffee-sipping, dog-watching set — but all the while, Coca shook in a corner, avoiding eye contact and acting afraid to show off her party collar. Was this fair?

The Truth: Not All Dogs Enjoy the Park

While learning how to make my 15-pound fearful furball less frightened, I wasn’t sure it was going to work out.

In a nutshell, my dog is still intimidated and fearful in a busy dog park. She is also protective of me, which adds another obstacle to enjoying the dog park experience.

After about 20 attempts to socialize her at Washington Square using solid training tips, I accepted that she is happier far away from the dog park.

Cocoa’s idea of a fabulous outing is standing on park benches and staring down the nearest squirrel. Meeting other dogs on leash and sniffing daffodils together is even OK.

But 10 dogs sniffing her own private daffodils is not her cup of biscuits. To be assaulted by curious nostrils and lapping tongues before properly being introduced is terrifying for Coco.

I realize that maybe my dog just has better manners or different preferences than other dogs.

She needs a proper introduction — possibly even an invitation in the mail — before accepting a date with another canine companion. She wants to be wooed.

Some Advice for Shy Dogs

When Coco and I were trying to meet others at the doggy “bar,” I tried to give her some helpful hints:

So pups, if your coming-out party was a failure this season, don’t give up hope.

And don’t feel like a freak if you just don’t like the dog park scene. Ask your human to set up some one-on-one meetings either outside or at your own house — and not force a setting that just isn’t working for you.

Part 4: When Someone Else’s Dog Is Out of Control at the Park

Many trainers may steer you away from going a dog park because of the danger that comes with introducing your dog to another dog, usually off leash, at an enclosed area.

Typically you don’t know the temperament, training and vaccinations of the other dogs there. You almost have to trust that people wouldn’t bring their dog-aggressive canine partner to a dog park, but it happens more than you’d think.

Although you can suggest training to someone at the park, you have to understand that not everyone will be as adamant and knowledgeable about training and behavior as you may be.

There could be unruly dogs and people whom you don’t have much control over. To be a courteous dog park patron, consider the following guidelines.

At some dog parks, there is a list of rules that must be followed, and some even require membership.

In case there’s no official rule posting, the following is expected as basic common courtesy:

Here are a few more tips that’ll make the dog park a happy place for you and your pet:

When to Approach Someone

If you run into a situation where someone is clearly not following basic etiquette, it’s fine to approach them.

Although you may find it embarrassing to point out something that someone is doing wrong, you are probably not the only person at the dog park feeling uncomfortable about the situation.

If you are being jumped on or see that a fight is breaking out between dogs, carry Pet Corrector to ward off any unwanted dogs or to stop a fight.

This little can of compressed air makes a noise that will startle dogs and interrupt any inappropriate behavior. 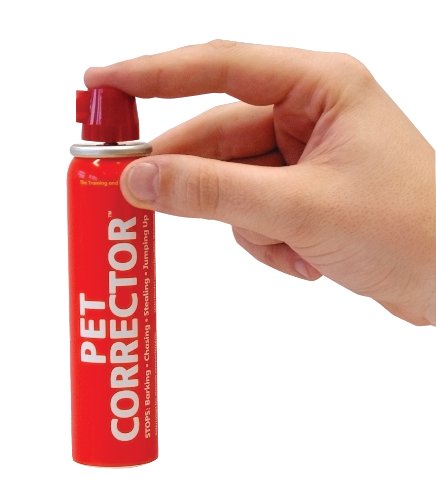 If someone is angry at you for using this, you can say that you felt you or your dog was in danger and something needed to happen.

We’ve seen people actually applaud someone for carrying this spray at a park and stopping a major brawl between groups of dogs.

If rules are followed and all the pups play safely, dog parks are a wonderful place for you and your pet to enjoy.

This dog park guide was written by former animal shelter worker Allison Gray, veterinarian Dr. Debora Lichtenberg, VMD, and dog behaviorist/trainer Clarissa Fallis. Additional contributions to this article were made by Tamar Love Grande, a self-proclaimed Crazy Dog Lady who has fostered more than 200 dogs — and who knows the dog park like nobody’s business. This article was last reviewed and updated Dec. 4, 2018.